The U.S. economy ended 2011 in better standing than earlier in the year, according to the Federal Reserve's polling of key business contacts, economists, and market experts throughout its 12 regional districts. Reporting for the latest Beige Book publication, all 12 districts characterized economic growth as modest to moderate - and that's without the typical recovery model in which housing serves as a primary contributor to economic expansion. Across the board, Fed districts labeled residential real estate activity as ""sluggish.""

END_OF_DOCUMENT_TOKEN_TO_BE_REPLACED

MountainSeed Appraisal Management, which serves community and regional financial institutions, announced last week that Lisa Scott has joined the company's sales division. Scott was previously the national sales manager for Valuation Management Group. She originally established herself as an account executive with First American Title Insurance Company, where she worked for more than 15 years.

END_OF_DOCUMENT_TOKEN_TO_BE_REPLACED

Investors Can Trim Losses by Discriminating Between Servicers: Report 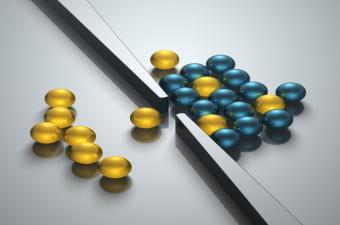 The ratings agency Standard & Poor's says investors can cut their losses by basing servicer selection on key performance metrics of default management. The company has come up with a new method to assess residential mortgage servicer performance that looks at how the speed of the servicers' foreclosure processes and the success of their loan modification programs affect investors' losses on nonperforming loans, and S&P says it's found ""significant differences"" among 10 of the largest servicers.

END_OF_DOCUMENT_TOKEN_TO_BE_REPLACED

JPMorgan Chase kicked off the earnings reporting season for major U.S. lenders on Friday with its announcement that the company earned a record profit of $19 billion for the 2011 fiscal year. The numbers still failed to meet analysts' expectations, and details of the earnings data show the company continues to struggle with legacy issues stemming from the housing downturn. The company doled out more than $3 billion in 2011 to cover legal proceedings related to its mortgage business.

END_OF_DOCUMENT_TOKEN_TO_BE_REPLACED

LRES Corporation has teamed up with Veterans Lender Services to form a new partnership known as VLS/LRES. As the first nationwide minority and service disabled veteran-owned asset management joint venture, it will provide financial institutions with asset disposition solutions that provide jobs and market defaulted and foreclosed properties as affordable homeownership opportunities to the underserved first-time military, veterans, and minority communities.

END_OF_DOCUMENT_TOKEN_TO_BE_REPLACED

Gateway Mortgage Group is a privately held mortgage bank headquartered in Tulsa, Oklahoma, which provides conventional, Federal Housing Administration (FHA), and Veterans Affairs (VA) loans through 50 retail branches nationwide. The company announced Thursday that it has developed an in-house subservicing unit focused on the specialty and default servicing of FHA and VA loans and hired Kevin Osuna to direct the new operation.

END_OF_DOCUMENT_TOKEN_TO_BE_REPLACED

The performance of private-label residential mortgage-backed securities (RMBS) continues to face many challenges in 2012, with the biggest risk posed by strategic defaults, according to Moody's. The ratings agency says the performance of loan pools backing outstanding RMBS has begun to stabilize, with delinquency levels flat or even dropping as a result of modifications and re-default rates declining. It's the threat of strategic default, particularly in the prime jumbo sector, that has Moody's analysts worried.

END_OF_DOCUMENT_TOKEN_TO_BE_REPLACED

With property values across the country at depressed levels and interest rates dancing around historical lows for months now, housing affordability has hit an all-time high. That affordability inched even higher this week, as mortgage interest rates broke through their previous record-lows to fall further still. Freddie Mac says all loan products covered in its regular weekly market survey eased to set new all-time lows for the week ending January 12. The 30-year fixed rate is now at 3.89 percent.

END_OF_DOCUMENT_TOKEN_TO_BE_REPLACED

IndiSoft, a technology development firm that focuses on systems for the default services industry, recently announced that Earl Devaney has joined its advisory board. Devaney recently retired from the federal government after 41 years, most recently as President Obama's choice to oversee the distribution of the $787 billion American Recovery and Reinvestment Act of 2009 stimulus plan.

END_OF_DOCUMENT_TOKEN_TO_BE_REPLACED 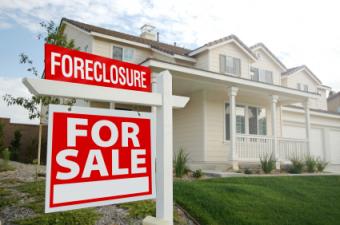