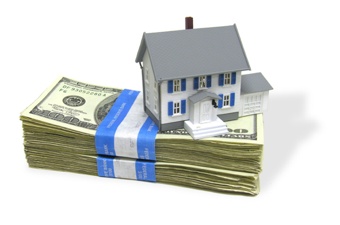 Home prices in the Las Vegas area soared to the highest point in nearly five years while cash sales also reached record levels, according to DataQuick. New and existing homes and condos in Clark County sold for a median price of $169,100 in June, representing an increase of 3.7 percent from May and a 35.3 percent jump from a year ago. Despite the significant improvement, Las Vegas still has a long way from to go when compared to its November 2006 peak of $312,000.

END_OF_DOCUMENT_TOKEN_TO_BE_REPLACED

Rising interest rates aren't just a burden for potential homebuyers. According to the latest survey from Redfin, 47 percent of sellers said they are worried about rising rates, expressing concerns that buyer demand will be lowered as a result. The share is up drastically from 23 percent in the previous quarter. Additionally, sellers expressed less interest when considering the option of renting for the first time in four months. In the third quarter of this year, 49 percent said they are considering renting rather than selling, down from 52 percent in the previous quarter and down from 46 percent a year ago.

END_OF_DOCUMENT_TOKEN_TO_BE_REPLACED

Bay State Foreclosure Starts Down to Lowest Level on Record

Foreclosure starts in Massachusetts plunged 84 percent in June to the lowest level since the Warren Group began keeping track in 2006. Foreclosure petitions, which begin the foreclosure process in the Bay State, totaled 245 last month compared to 1,548 in June 2012. Foreclosure deeds, or completed foreclosures, fell 56 percent year-over-year to 329 in June, but are still at their highest level so far this year.

END_OF_DOCUMENT_TOKEN_TO_BE_REPLACED

Completed foreclosures and distressed inventory continued their downfall in June, CoreLogic reported Tuesday. Data for last month showed 55,000 homes were lost to foreclosure, down 20 percent from June 2012. The level of foreclosure inventory also came down in June. According to CoreLogic's estimate, about 1 million homes were in some stage of foreclosure, which represents a 28 percent annual decrease. The yearly decline marks the 20th consecutive month inventory has trended down.

END_OF_DOCUMENT_TOKEN_TO_BE_REPLACED

Although policymakers have been busy introducing legislation to diminish the role of the GSEs, analysts at Moody's Investors Service ""believe GSE reform will not take place for at least a few more years."" In June, Senators Bob Corker (R-Tennessee) and Mark Warner (D-Virginia) led efforts to introduce legislation to wind down Fannie Mae and Freddie Mac in five years. Then came PATH from the House of Representatives Financial Services Committee in July.

END_OF_DOCUMENT_TOKEN_TO_BE_REPLACED

Survey: Most California Investors Opting to Hold Rather than Flip

A survey from the California Association of Realtors (C.A.R.) revealed preferences and strategies of a typical California investor. For the most part, investors in the Golden State plan to keep their purchase for at least a year. According to the survey, 26 percent of investors who worked with Realtors over the last 12 months before April 2013 said they intend to flip the property within a year, while 66 percent plan to keep the property for more than a year as a rental.

END_OF_DOCUMENT_TOKEN_TO_BE_REPLACED

From April to May, home prices rose 1.3 percent, with Nevada leading month-over-month growth, according to Lender Processing Services. The improvement in May marks the third straight month prices have grown on a monthly basis in the 20 large states tracked by LPS. The data provider also reported a 7.9 percent year-over-year increase in May as prices stood at $266,000 for the month.