Kevin Hildebeidel is a 1993 graduate of the Washington College of Law at American University in Washington D.C.. He was admitted to the Virginia Bar in 1993 and began a creditors' rights and real estate practice which has continued to the present. Over the course of his practice, he has handled cases at every level of the Virginia courts on a variety of issues including research, negotiation and resolution of title, bankruptcy, lien and accounting challenges, construction, real estate, and contract disputes, easements and boundary cases, mediations, and both trial advocacy and appellate work throughout state, federal courts and bankruptcy courts. Mr. Hildebeidel was later admitted to the bars of both Maryland and the District of Columbia, where he pioneered the D.C. judicial foreclosure program, which broke a four-year legal impasse, and was recognized for the same in the Washington Post. He is active in the industry, a frequent speaker and panelist, published in the Legal League Quarterly, a panelist at the Five Star Conference, and a guest speaker at the District of Columbia Land Title Association. He is now a shareholder in the Stern & Eisenberg enterprises and is the lead attorney for the Mid-Atlantic region. 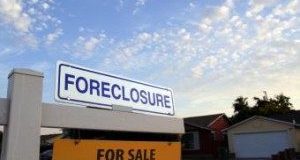 A fast-track foreclosure option will become available in October, but the criteria, risks and potential pitfalls should be reviewed to improve chances of success.