Prospective homebuyers cite worries about unemployment, property affordability, and the economy as issues that hold them back from jumping into the market, according to an industry survey commissioned by Genworth. But the mortgage insurer says these economic concerns have not translated into excessive mortgage stress among recent U.S. homebuyers. According to the survey, 87 percent of Americans who bought their first home in the past 12 months expect to easily meet their mortgage payment obligations in the coming year.

END_OF_DOCUMENT_TOKEN_TO_BE_REPLACED

Household Wealth Gets Strong Bounce Even as Home Equity Falls

Home equity continued to head south during the first part of the year, but losses were eclipsed by another big jump in the value of financial assets as the stock market sustained positive movement. This, combined with a further reduction in overall debt levels, pushed household net worth higher during the first quarter, according to the Federal Reserve. Real estate assets lost $349 billion of their value over the first three months of 2011. The Fed says a mere 38 percent in homeowner equity is now the norm.

END_OF_DOCUMENT_TOKEN_TO_BE_REPLACED

Equi-Trax Asset Solutions LP says it has surpassed industry expectations with the high percentage of right party contacts (RPCs) it achieves during its first visit to a borrowers home. An RPC is a successful effort by a loan servicer to speak with a borrower about resolution of a delinquency. The company says its success hinges on hiring qualified and skilled people to work as field agents who also have knowledge of the mortgage business.

END_OF_DOCUMENT_TOKEN_TO_BE_REPLACED

Servicer reaction varied following Treasury's announcement that it will not pay incentives to three program participants until officials see improvements in the way they handle borrowers under the Home Affordable Modification Program (HAMP). Bank of America ""acknowledged improvements must be made,"" while Wells Fargo said it is ""formally disputing"" Treasury's assessment. Treasury insists its goal is to improve behavior, but some say the move could induce at least one of the larger banks to withdraw from the program.

END_OF_DOCUMENT_TOKEN_TO_BE_REPLACED

Weaker than expected job growth in May pushed both fixed- and adjustable-rate mortgages to new lows for the year, Freddie Mac reported Thursday. The GSE's study, which is based on data collected from about 125 lenders across the country, put the 30-year rate at 4.49 percent and the 15-year at 3.68 percent.

END_OF_DOCUMENT_TOKEN_TO_BE_REPLACED 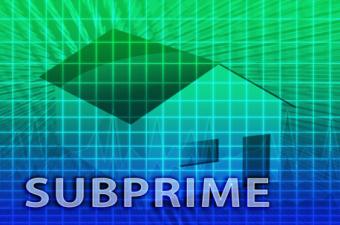 Prices on credit default swaps (CDS) involving subprime mortgages more than doubled their increase from last month, extending the rally to an unprecedented seventh straight month, according to the latest index results from Fitch Solutions. Subprime CDS prices rose 1.7 percent overall, though price increases were not uniform across vintages, with the 2007 leading the surge. Fitch says most vintages are in the black for the year. The lone negative outlier is the 2006 vintage.

END_OF_DOCUMENT_TOKEN_TO_BE_REPLACED

Freddie Mac announced new leadership this week for its three lines of business, including its new single-family and operations and technology unit. The new division consolidates previously separated single-family business lines as well as the technology unit. Anthony Renzi has been named EVP to head up the new division. In addition, David Brickman was named SVP in charge of the multifamily division, Carol Wambeke was promoted to SVP and chief compliance officer, and Devajyoti Ghose will assume the roles of SVP of the investments and capital markets division and company treasurer.

END_OF_DOCUMENT_TOKEN_TO_BE_REPLACED

NetDirector, a provider of a centralized data exchange service headquartered in Florida, recently launched its NetTracker docket monitoring service. The company says it created the service in response to current delays in the court systems surrounding foreclosure actions and the amount of time its mortgage industry partners spend checking docket statuses on numerous cases.

END_OF_DOCUMENT_TOKEN_TO_BE_REPLACED

The U.S. Treasury has released its regular monthly report card on the Home Affordable Modification Program (HAMP). New this time is an assessment of how the 10 largest HAMP servicers are performing. Four servicers have been designated as needing ""substantial"" improvement: Bank of America, JPMorgan Chase, Ocwen Loan Servicing, and Wells Fargo. Treasury says it will withhold financial incentives from three of these companies until they make identified improvements.