Holliday Fenoglio Fowler, L.P. (HFF), a provider of commercial real estate and capital markets services, announced last week that it has hired Gary Newman as a director in the debt placement group in its New York office. Newman will focus on originating debt and structured finance transactions throughout the northeastern United States.

END_OF_DOCUMENT_TOKEN_TO_BE_REPLACED

Nearly Half of Home Purchases Are Distressed Properties: Survey

END_OF_DOCUMENT_TOKEN_TO_BE_REPLACED

Mortgage industry lawsuits are beginning to stack up - Federal Home Loan Banks are suing lenders, lenders are suing insurers - all in an attempt to recoup losses from a crippling national housing crisis. In the latest rendition of the industry's legal series, Bank of America has brought a suit against First American Corp. over what the lender says were defective title insurance policies.

END_OF_DOCUMENT_TOKEN_TO_BE_REPLACED

Gustav G. ""Gus"" Remppies has been appointed as the new president of Santa Ana, California-based Grubb & Ellis Apartment REIT, Inc. He assumes the position from Stanley J. ""Jay"" Olander, who has served as president since April 2007 and will continue to serve as CEO and chairman of the board.

END_OF_DOCUMENT_TOKEN_TO_BE_REPLACED

Brookfield, Wisconsin-based Fiserv, Inc., a global provider of financial services technology solutions, recently announced enhanced investor capabilities for its Loan Servicing Platform. The new technology allows users to have real-time access to the cash position as it relates to their investor portfolio.

END_OF_DOCUMENT_TOKEN_TO_BE_REPLACED

One in 200 Home Mortgages is Fraudulent: First American CoreLogic 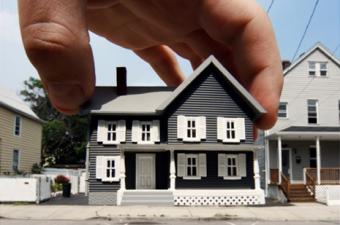 Nationwide, one in every 200 residential loans funded last year, totaling $14 billion, involved fraud, according to First American CoreLogic. Despite what looks like an unsettling amount of shadiness lurking within the mortgage market, the company says the fraud rate has been steadily declining for the past three years and is now about 25 percent lower than when it peaked in the third quarter of 2007.

END_OF_DOCUMENT_TOKEN_TO_BE_REPLACED

The Federal Home Loan Bank of San Francisco has filed suit against nine securities dealers - including some of the nation's biggest lenders - alleging they made untrue statements related to the federal bank's investments in private-label residential mortgage-backed securities.

END_OF_DOCUMENT_TOKEN_TO_BE_REPLACED

Michaelson, Connor, & Boul, Inc. of Huntington Beach, California was recently hired by HUD to ensure that FHA-approved lenders and servicers convey foreclosed properties to the agency in acceptable condition.

END_OF_DOCUMENT_TOKEN_TO_BE_REPLACED

Home prices in extremely overvalued U.S. metropolitan areas declined nearly 37 percent on average between 2005 and the fourth quarter 2009, according to IHS Global Insight. At the peak of the bubble, nearly half of the metros in IHS' study were considered ""overvalued."" Now, not a single market can make that claim. In fact, nationally, the company says housing is 8.9 percent undervalued. And new data from Altos Research suggests that prices in many of the hardest-hit markets are still on a slippery downward slope.

END_OF_DOCUMENT_TOKEN_TO_BE_REPLACED

The first Retaining Occupancy on Foreclosure (ROOF) Agreement was recently signed in the city of Detroit. Created to help combat the blight problems in Detroit by cutting down on the number of homes left vacant after foreclosure, the goal of the program is to salvage Detroit neighborhoods and greatly reduce the number of vacant homes by keeping foreclosed homes occupied by either the owner or tenant until the property is sold at an REO sale.