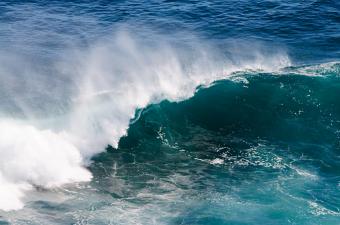 RealtyTrac reported Thursday that foreclosure filings were brought against nearly one million properties during the first three months of 2010. That's a seven percent increase from the previous quarter, and equates to one in every 138 homes in the United States. RealtyTrac noted, though, that bank repossessions were the highest the company has every documented - perhaps evidence that lenders are starting to make a dent in the backlog of distressed inventory that has built up over the last year.

END_OF_DOCUMENT_TOKEN_TO_BE_REPLACED

Integrated Asset Services, LLC (IAS) said Tuesday that its benchmark for national house prices fell 0.6 percent in February. The drop marked the seventh straight monthly decline reported by the collateral valuation firm and pushed its home price gauge to April 2004 levels. IAS says that by now, the normal seasonal upturn should have begun, but the company isn't seeing the typical forces at work.

END_OF_DOCUMENT_TOKEN_TO_BE_REPLACED

In an announcement Tuesday, Real Estate Disposition, LLC (REDC), a real estate auction company based in Irvine, California, said it sold 100 percent of the San Lorenzo condominiums it auctioned in the Little Havana area of Miami this last weekend. In just two-and-a-half hours, the company auctioned a total of 65 condos at 110 percent of reserves and 88 percent of retail before a crowd of 375 potential buyers.

END_OF_DOCUMENT_TOKEN_TO_BE_REPLACED

With refinancing in the commercial real estate (CRE) sector hard to come by and delinquencies continuing to rise, special servicers of commercial mortgages are dealing with large influxes of new troubled loans. Primary and master servicers ranked by Standard & Poor's reported that delinquent CRE loans hit a new all-time high at the end of 2009. A separate study by the research firm Delta Associates says that the aggregate value of distressed commercial real estate in the U.S. has now surpassed $187 billion.

END_OF_DOCUMENT_TOKEN_TO_BE_REPLACED

Despite servicers' efforts to modify unprecedented volumes of troubled mortgages and a large-scale government-led program put in place to stem the nation's viral foreclosure epidemic, they haven't been enough to keep up with the rapid pace of loan deterioration, according to new data from Lender Processing Services (LPS). An LPS market report released Monday shows that the total number of delinquent loans as of the end of February was 21 percent higher than it was a year earlier, and the foreclosure rate represents a 51 percent year-over-year increase.

END_OF_DOCUMENT_TOKEN_TO_BE_REPLACED

The delinquency rate for commercial mortgage-backed securities (CMBS) surged above 7 percent in March, according to reports recently released by Trepp LLC and Fitch Ratings. According to Trepp the percentage of loans 30 or more days delinquent, in foreclosure, or REO jumped 89 basis points in March to 7.61 percent -- the highest monthly increase since the summer of 2009. Fitch reported the same upward trend, saying CMBS delinquencies soared 85 basis points in March to 7.14 percent.

END_OF_DOCUMENT_TOKEN_TO_BE_REPLACED

New data from Clear Capital shows that U.S. quarter-over-quarter home prices in March dipped 3.9 percent, the first decline recorded by the company in nine months. The asset valuation firm's report says that the national quarterly downturn limited year-over-year gains to 5.1 percent, while REO saturation rates continued last month's trend, rising to 28.9 percent. Clear Capital says the numbers reflect the fragile and volatile state of many housing markets and could signal a trend to renewed price lows for some areas.

END_OF_DOCUMENT_TOKEN_TO_BE_REPLACED

Distressed properties, including short sales and REOs, accounted for 29 percent of all home sales in the United States in January, according to new data released Thursday by First American CoreLogic. The company says it's the highest level of distressed transactions since April 2009. Among the largest markets, Riverside, California had the highest percentage of distressed sales at 62 percent, followed closely by Las Vegas, with 59 percent, and Sacramento with 58 percent.

END_OF_DOCUMENT_TOKEN_TO_BE_REPLACED

Barclays: Housing from the Banks’ Point of View

There is a growing consensus among lenders that home prices have stabilized, according to analysts at Barclays Capital. Research by the investment firm also indicates that loan mod efforts have risen significantly, and banks are more aggressively disposing of troubled real estate assets. Barclays' analysts sifted through the Q4 earnings transcripts for 20 regional and national banks to decipher their take on the housing market, and the conclusions point to significant improvements when it comes to real estate holdings.