END_OF_DOCUMENT_TOKEN_TO_BE_REPLACED

For all of 2012, servicers completed more than 850,000 loan modifications, while the industry also continued to push for another foreclosure alternative--short sales, according to recent data from HOPE NOW. As of 2007, the number of completed mods now stands at 6.06 million. Since 2009, the industry has seen 1.15 million short sales, with 422,605 of the short sales occurring in 2012 alone. In 2011, completed short sales reached 372,168. ""In the past year, there has been unprecedented work from the industry with respect to short sales as a viable mortgage solution,"" said Eric Selk, executive director of HOPE NOW.

END_OF_DOCUMENT_TOKEN_TO_BE_REPLACED

The national delinquency rate for commercial mortgage-backed securities (CMBS) began the year with another decline, marking the eighth consecutive month of decreases, according to Fitch Ratings. The rating agency, however, noted regional struggles in Georgia. In January, the CMBS delinquency rate fell 8 basis points, ending the month at 7.91 percent. January's CMBS delinquency rate is now at the lowest level since October 2010, when the rate stood at 7.78 percent.

END_OF_DOCUMENT_TOKEN_TO_BE_REPLACED

On a national level, January home prices increased 5.4 percent from a year ago, but fell flat on a quarterly basis after inching up by just 0.9 percent, Clear Capital reported. Out of the four regions, the West maintained its lead with yearly gains and quarterly gains of 12.9 percent and 2.1 percent, respectively. The remaining three regions all saw price increases of less than 1 percent quarter-over-quarter. Dr. Alex Villacorta, director of research and analytics at Clear Capital, explained the softened quarterly gains suggest ""the budding recovery is not immune to the slower winter season.""

END_OF_DOCUMENT_TOKEN_TO_BE_REPLACED

Capital Economics expects home prices to increase about 5 percent over the year at a national level. However, housing markets across the nation are markedly different, and this 5 percent will not be a constant in all regions. At the two far ends of the spectrum, the Northeast and the West will experience far different market climates this year, according to Capital Economics. The Northeast is much more likely to see no price growth at all than anything close to the 5 percent national average this year, the analytics firm stated in a recent outlook.

END_OF_DOCUMENT_TOKEN_TO_BE_REPLACED

While the national trend shows home prices are rising and the supply of foreclosures is shrinking, on a more microscopic level, there are still metros where investors can find foreclosures at steep discounts and in greater abundance. RealtyTrac compiled a list of the 20 best (and worst) metro areas to buy foreclosures in 2013. RealtyTrac ranked Palm Bay, Florida as the No. 1 metro for foreclosure purchases. From 2011 to 2012, the metro saw foreclosure activity increase 308 percent, and it has a 34 months' supply of foreclosure inventory. Five other Florida metros were represented on the top 20 list.

END_OF_DOCUMENT_TOKEN_TO_BE_REPLACED

After experiencing a downturn, spending on home improvement may finally register an increase in 2012, with the market appearing to be ""poised for a solid rebound,"" according to a recent report from the Harvard Joint Center for Housing Studies. The Joint Center estimates spending on home improvement rose 9 percent in 2012 after falling in previous years. The study found that as the housing market improves, the homes that burdened the economy are now being renovated.

END_OF_DOCUMENT_TOKEN_TO_BE_REPLACED 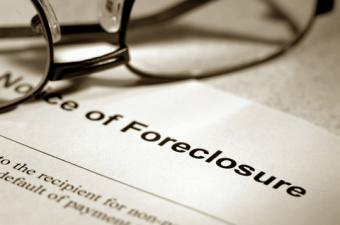 From 2011 to 2012, the number of completed foreclosures fell in Massachusetts, while foreclosure starts experienced a significant increase, according to a report from the Warren Group. For the most part, however, a declining trend was seen when assessing foreclosure trends in December and in the fourth quarter of 2012.