Declines in the share of REO properties and in the months' supply of unsold inventory are all leading to a revival in home prices, and these drops are being driven, in part, by negative equity, CoreLogic concluded in a report. Prices rose by 1.1 percent in April compared to the year before and 2.2 percent from the month before in March. One factor helping boost prices is the decreasing months' supply of homes. While a lower supply during a time of increasing demand is a positive for home prices, Sam Khater, chief economist for CoreLogic and author of the report, explained negative equity is the main reason behind the low supply, not an increase in sales. Negative equity not only makes consumers more reluctant to buy, but it can also discourage homeowners from selling, leading to a smaller number of homes listed on the market.

END_OF_DOCUMENT_TOKEN_TO_BE_REPLACED

Secretary of Housing and Urban Development (HUD) Shaun Donovan and Federal Housing Administration (FHA) Commissioner Carol Galante announced in a press conference Friday FHA's program to sell mortgage loan pools to investors. The Distressed Asset Stabilization Program, designed to give homeowners with seriously delinquent loans a chance to avoid foreclosure, is an expansion of an earlier FHA pilot program that allows investors to purchase loan pools headed for foreclosure. Investors are then charged with the task of working to bring the loan out of default. The program starts in September 2012 with a sale of the loan pools.

END_OF_DOCUMENT_TOKEN_TO_BE_REPLACED

Reperforming and nonperforming loans decreased $6.1 billion to $528.6 billion in May compared to the previous month of April for private label mortgage backed securities (MBS), according to a report from Amherst Securities Group. The decrease came after a reduction of $6.4 billion in the non-performing bucket and a $0.3 billion growth in the re-performing bucket, reflecting elevated liquidations and a slowdown of new defaults, Amherst stated in the report.

END_OF_DOCUMENT_TOKEN_TO_BE_REPLACED

The June 6 edition of HVF's ""Lessons from the Data"" showed that rent-to-value ratios, also called rental yields, tend to be highest in areas with elastic markets, such as Las Vegas. In areas of the city where the ease of adding new housing keeps home prices low, rental yields in certain neighborhoods climbed to 14 percent or higher. On the other hand, areas with restrained housing markets (like many neighborhoods in the New York metro) see yields lower than 2 percent.

END_OF_DOCUMENT_TOKEN_TO_BE_REPLACED

The economy expanded at a modest to moderate pace from early April to the end of May, the Federal Reserve reported Wednesday in its periodic Beige Book. The assessment reflected a weakening from the report in April when the expansion was characterized as moderate. Economic outlooks, according to the report, ""remain positive, but contacts were slightly more guarded in their optimism."" Activity in the New York, Cleveland, Atlanta, Chicago, Kansas City, Dallas, and San Francisco districts was described as moderate, while the Richmond, St. Louis, and Minneapolis districts noted modest growth.

END_OF_DOCUMENT_TOKEN_TO_BE_REPLACED 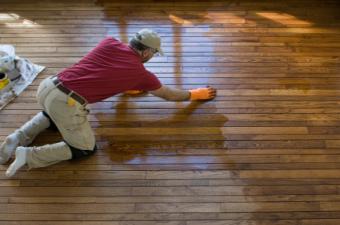 Purchasing foreclosures also means discounts, but with the markdown is the price of repairs. According to RealtyTrac, foreclosures or REOs sold at an average discount of 27 percent compared to non-distressed properties in the first quarter of 2012. Through an FHA 203(k) loan, potential buyers who want to purchase a discounted foreclosure but don't have cash for the repairs may find a way to receive financing.

END_OF_DOCUMENT_TOKEN_TO_BE_REPLACED

For the first time since August 2010, home prices rose on both a quarterly and yearly basis, according to the May 2012 Home Data Index (HDI) report released by Clear Capital. Quarter-over-quarter, prices appreciated 0.4 percent, the first quarterly increase since November 2011. Year-over-year, prices rose by 0.1 percent, according to the index. The increases were attributed to stronger regional growth in the West, Northeast, and South, as well as a rise in REO-only prices.

END_OF_DOCUMENT_TOKEN_TO_BE_REPLACED

Even though Radar Logic reported a monthly increase in home prices for March, the analytics company expects prices to fall and gave credit to temporary market forces for recent strengths seen in the housing market. According to Radar Logic, the RPX Composite price, which tracks home prices in 25 major metropolitan areas, showed a 1.8 percent increase on a monthly basis, but decreased by 0.87 percent year-over-year in March. With distressed homes remaining a significant portion of home sales transactions, Radar Logic dismissed the monthly increase and said significant discounts for distressed properties in relation to non-distressed means a further fall in prices.

END_OF_DOCUMENT_TOKEN_TO_BE_REPLACED

Job Growth Weakest in a Year; Unemployment Rate Up

The economy added just 69,000 jobs in May compared with a revised 77,000 in April down from the originally reported 115,000, the Bureau of Labor Statistics reported Friday. The closely watched unemployment rate inched up to 8.2 percent - a function of an increase in the nation's labor force to the highest level ever. Economists surveyed by Bloomberg had expected the number of jobs to increase by 150,000 and the unemployment rate to remain at 8.1 percent.