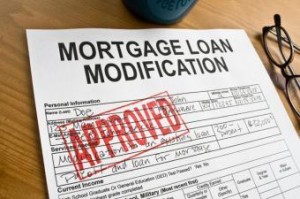 [1]Recently, DS News covered what the future of loss mitigation will look like after the expiration of HAMP on December 31, 2016. To explore the topic further, DS News sat down with Meg Burns, Managing Director of The Collingwood Group, to discuss the opportunities that come from pairing a new administration with housing policies such as loss mitigation, regulatory compliance, and more.

Burns joined The Collingwood Group in 2014, and as Managing Director, supports the firm’s Business Advisory and Business Development practices. Prior to Collingwood, Burns served as the Senior Associate Director of the Office of Housing and Regulatory Policy at the Federal Housing Finance Agency (FHFA). There, she managed various policy and regulatory initiatives involving single-family and multifamily finance and loss mitigation strategies, as well as insurance-related activities of the government-sponsored enterprises. As such, she was actively involved in industry-wide discussions regarding the role of the federal government in addressing the mortgage crisis.

With the end of HAMP drawing close, what is to come for loss mitigation?

The fact that the sunset of HAMP coincides with the arrival of a new leadership team in Washington is a great opportunity because there is a chance for a really fresh policy dialogue. The good news is that the industry has a lot of work that has been underway for quite sometime now to put forward a good plan for a new set of loss mitigation strategies including a particular set of modifications. It is a very cool time for HAMP to be expiring in some respects and I think that what we will see are some programs that really do reflect the lessons that have been learned. I also think that the reason a new leadership team in Washington is so helpful is because we can have really honest discussions and assessment of what those lessons learned are. It is often a lot easier for a new group of policy leaders to embrace the policy achievement of the team before them but also to acknowledge program flaws without feeling defensive or like they were integrally associated with them. At its core, what was reaffirmed through the HAMP experience was something that most good policymakers know very well which is that complicated program rules generally translate into fewer program beneficiaries. In the HAMP space there was an extended period where they were really striving for perfection and precision both in the data collection aspect and some of the calculations to determine who was eligible. One of the lessons learned in HAMP is that striving for that perfection and precision really rendered  fewer distressed borrowers eligible. I think that what we will see are the modifications that replace HAMP will be modifications that follow some basic rules rather than complex calculations.

Aside from HAMP, what other policy changes might be impacted by the entrance of a new administration?
I think there is tremendous opportunity across the board and I think that the new leadership team has certainly publicly acknowledged a concern with the heavy-handed nature of the regulatory framework in Washington D.C. today. If the new team begins their policy discussion from that perspective, there is a chance that we will see some of the very aggressive enforcement activity move into a space where those who are responsible for monitoring the leading communities activities will start to identify problems and issues but more for the purpose of addressing them and resolving them as opposed to taking very stringent enforcement actions. That type of enforcement outcome clearly has resulting in less lending activity and stifled access to credit. There is a huge opportunity for the Trump Administration to revisit the way rules have been enforced and to take a more relaxed approach not to identifying problems, but to how those problems get resolved. That should make a big difference for lending activity in the country and help more consumers.
Do you think that taking a relaxed approach will possibly improve homeownership?
I do. I think that the nature of the regulatory expansion over the past eight years has affected home sales. The cost in certain parts of this country to build homes has increased so substantially that it's almost impossible in certain communities to construct starter and affordable homes. I think there is certainly a good opportunity for this new administration to take a look at ways to reduce some of that regulatory activity to the extent that the federal government has a role. This will also impact the lending space where there have been a lot of new regulations put in place as a result of Dodd-Frank in part. They have had a suffocating effect on the ability of lenders to reach the population of borrowers who are most in need of affordable financing options.