Americans Migrated West and South in 2017

States in the Mountain West, Pacific West, and the South saw strong inbound migration for 2017, according to United Van Lines' 41st Annual National Movers Study. The Study tracks state-to-state migration patterns during a given year. For 2017, Vermont, Oregon, and Idaho topped the list of predominantly inbound states. Meanwhile, states in the Northeast and Midwest saw more people moving out than moving in during the year.

Vermont was clearly doing something right in 2017, as 68 percent of the total moves in or out of the state for the year were inbound. That’s nearly the mirror opposite of Illinois’ numbers, which saw 63 percent of its 2017 moves being outbound.

Michael Stoll, economist and professor in the Department of Public Policy at the University of California, Los Angeles, said, “This year's data reflects longer-term trends of movement to the western and southern states, especially to those where housing costs are relatively lower, climates are more temperate, and job growth has been at or above the national average, among other factors. Stoll also highlighted continued migration to the Pacific Northwest and Mountain West “as young professionals and retirees leave California."

The top 10 inbound states for 2017, according to the National Movers Study, included:

On the other end of the spectrum, the top 10 outbound states for 2017 were:

The study was based on “household moves handled by United within the 48 contiguous states and Washington, D.C.” A state is classified as “high inbound” if 55 percent or more of the moves are going into a state, and “high outbound” if the same percentage are moving out. You can read the entire study, as well as see an interactive map of the data, by clicking here.

Previous: HELOC Rates Could Jump 75 Basis Points in 2018
Next: Spend the Money, Fix the Roads, Woo the Homebuyers

Proving Entitlement to Foreclosure of a Modified Loan 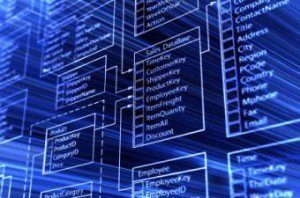 The Federal Housing Finance Agency (FHFA) has revised the datasets for the Public Use Databases​ ...