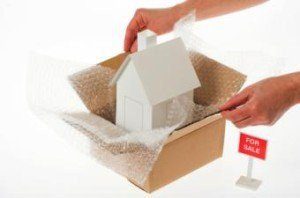 The housing market has shown “flashes of promise” as 2017 begins though growth remains “frustratingly slow” as of late, according to the National Association of Federal Credit Union [1] (NAFCU)’s December Economic & CU Monitor [2].

By most measures, home sales had their best year in a decade [3] in 2016. However, mortgage interest rates, which have been on the rise as of late, are expected to have more of an influence on affordability in 2017, according to NAFCU.

Freddie Mac reported that the average 30-year FRM for the entire year of 2016 was 3.65 percent—the lowest rate for a complete year in the 45-year history of Freddie Mac’s Primary Mortgage Market Survey [4]. Nevertheless, rates have been on the rise for the last several weeks—the 30-year FRM averaged 4.32 percent for the week ending December 29, 2016, which is 31 basis points higher than the rate exactly one year earlier.

The recent slow growth of lending and spending in housing has mirrored that of the overall economy and is likely to continue this year, according to NAFCU Chief Economist Curt Long.

“That trajectory—at least where purchase loans are concerned—is unlikely to change in 2017, while refinance activity will fade,” Long said. “Affordability concerns have centered on price growth lately, but interest rates will likely be more influential next year.”

The process of normalizing short-term interest rates occurred more slowly than originally anticipated—at the beginning of 2016, the Federal Reserve predicted as many as four rate hikes in 2016, but they raised rates only once during the year, largely due to economic uncertainty both overseas and domestically. The latest forecast shows three possible rate hikes of 25 basis points each by the Fed in 2017, according to Long.

“However, a fiscal stimulus package combined with protectionist trade policies has the potential to boost inflation back toward the Fed’s 2 percent target,” Long said. “If inflation does improve, it would provide the Fed with the necessary ammunition to raise rates more quickly.”

More rates hikes in 2017 might not necessarily be a good thing, according to Long. “That in turn could slow the economy and potentially threaten President-elect Trump’s growth targets,” he said.

The good news is that consumers are projecting confidence, Long said, which is corroborated by the latest Consumer Sentiment Index [5] from the University of Michigan, which found that consumer sentiment surged both over-the-month and over-the-year in late December.

“Consumers anticipated that a stronger economy would create more jobs, although expected wage gains were quite meager,” said Survey of Consumers Chief Economist Richard Curtin. “Smaller income gains were offset by record low inflation expectations. Needless to say, the overall gain in confidence was based on anticipated policy changes, with specific details as yet unknown. Such favorable expectations could help jump-start growth before the actual enactment of policy changes, and form higher performance standards that will be used to judge the Trump presidency.”