The Ever-Growing World of Performing Mortgages 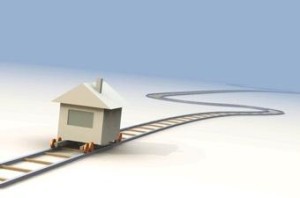 As default and foreclosure metrics have receded toward pre-crisis levels for many months, the number of residential mortgage loans that are current and performing has steadily been increasing.

The Office of the Comptroller of the Currency (OCC)’s Mortgage Metrics Report for Q3 2016 released on Wednesday indicated that the share of current and performing first-lien mortgage loans rose by nearly one full percentage point over-the-year, from 93.9 percent up to 94.8 percent. 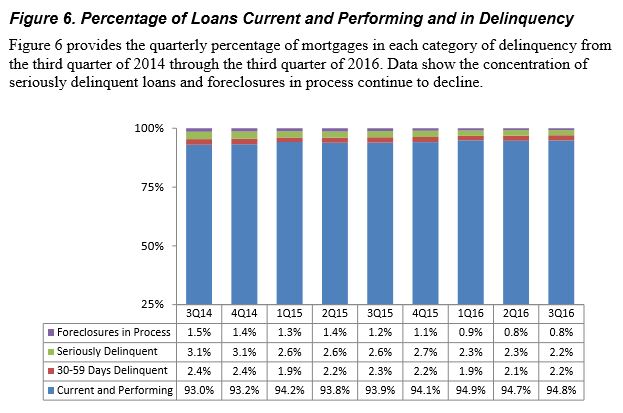 With a greater percentage of the country’s outstanding mortgage loans current and performing, the number of foreclosures plummeted by nearly one-fourth in the third quarter in 2016 compared to the same quarter a year earlier. The OCC’s report found that 47,955 new foreclosures were initiated by servicers in Q3 2016, which was 25 percent fewer than Q3 2015.

One metric that did increase during Q3 was loan modifications, which rose by 3 percent since the same quarter a year earlier (from 34,604 up to 35,642; according to the OCC, “the increase was driven by process enhancements in the loss mitigation program at a major mortgage servicer.”

The vast majority of those modifications—nearly 94 percent—were “combination modifications,” meaning the modification included multiple actions (such as a term extension or interest rate reduction) that affect both the affordability and sustainability of the loan. Out of the 35,000-plus modifications performed during Q3, nearly 89 percent of them lowered the monthly payment.

Previous: And the Top-Ranked Metros Are…
Next: Housing Shows Strength in Numbers