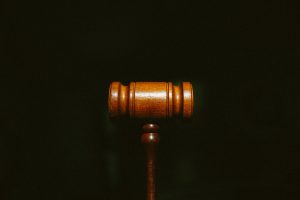 Editor's note: This story originally appeared in the January edition of DS News.

COVID-19’s impact on the mortgage servicing industry has been unlike anything ever seen before, not just in the magnitude of the economic downturn, but also in its precipitousness.

As a result, the federal government acted promptly by enacting the CARES Act, which forced mortgage servicers to react instantaneously and face unprecedented issues. Mortgage servicers must take heed of these abrupt changes to avoid an overly myopic view of the industry and their practices—as the writing is already on the wall for the litigation trends beginning to permeate as a result of these rapid actions.

The CARES Act provides relief for single-family borrowers with federally- backed mortgages.1 Under section 4022 of the Act, these borrowers are entitled to an initial forbearance of their monthly mortgage payments for up to 180 days, and they may request up to an additional 180 days. During forbearance, no fees, penalties, or interest will accrue other than those provided for in the mortgage. Section 4021 of the Act mandates creditors to report any account that has a payment accommodation as “current”’ to the credit bureaus, as long as the account was current when the accommodation was initiated.

With millions of homeowners placed into forbearance plans overnight by the CARES Act in conjunction with different credit reporting requirements, servicers understandably did not have adequate time to prepare and handle the large volume. The result: lawsuits, lots of them, including many class actions.

Less than a month after passage of the CARES Act, financial institutions scored their first victory when a U.S. District Court in Maryland concluded that that the CARES Act did not constitute a private cause of action.2 Although this specific case was not mortgage related, it set the precedent that borrowers would be forced to assert separate causes of action with more specificity.

In situations where no private right of action to enforce certain government statutes, regulations, or guidance is found, plaintiffs often turn to individual state consumer protection laws as a means to attempt to enforce those directives. However, as expected, this holding in Profiles did not stop debtors counsel from seeking relief, rather prompting them to shift focus and allege different causes of action.

Because the CARES Act entitled borrowers to forbearance plans, this triggered a handful of “robo-forbearance” lawsuits, including class actions, in which servicers allegedly unilaterally placed borrowers into forbearance plans without their consent for their own financial gain in the form of incentive funds from investors for participation in such loss mitigation programs.

Another class action was filed alleging the servicer failed to adhere to the “clear” provisions of the CARES Act by approving a 90-day forbearance plan instead of the 180-day plan and 180-day extension the borrower ostensibly requested, as mandated under the CARES Act.4

Ironically, and perhaps worthy of taking note, all the aforementioned class actions are pending in United States District Courts in the State of California.

The other portion of the CARES Act that has been the impetus for mortgage litigation revolves around the requirements of section 4021 and credit reporting. Class actions have been filed alleging mortgage servicers and credit reporting agencies inaccurately reported credit information regarding loans that were covered under the CARES Act—also in violation of the FCRA.5 As previously stated, section 4021 of the CARES Act requires that the mortgage servicers are to report the loans as “current” if a borrower is in a forbearance plan and was current at the time of entry. However, in these cases, the borrowers allege their credit was not reported accurately, despite being in a forbearance plan covered under the CARES Act, thus negatively affecting their credit causing them to incur additional damages.

Because the CARES Act does not expressly provide a precise method in which forbearance payments must be caught up, there is clearly risk for mortgage servicers in regard to TILA, Regulation X, and RESPA claims, as the forbearance plans expire and certain loans are modified.

Due to the sheer volume of loans in this pipeline, additional class actions are almost certain to be filed. As such, it is absolutely paramount that mortgage servicers have documented processes and procedures, especially with the forbearance agreements and the post-forbearance options. Accurate record keeping is a must, as well as keeping an eye out for the regulatory changes that are certain to occur and alter the rules.

Lastly, do not hesitate to contact and rely upon your local counsel for guidance, as state and jurisdictional requirements will cause variance in the federally mandated procedures.

Robert D. Forster, II, is the Managing Partner of the BDF Law Group and is based in the Addison, Texas, location. His practice has primarily consisted of real estate, mortgage banking, and probate matters throughout the state.