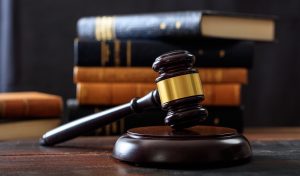 NY RPAPL 1304—the statute requiring a servicer to send a 90-day notice with mandatory language prior to commencement of foreclosure in New York—has long been a thorn in the industry’s side because of the “strict compliance” threshold required by the court. See Aurora Loan Services LLC v. Weisblum, 85 A.D.3d 95 (2d Dept. 2011).

Historically, the battle has largely revolved around whether a servicer could sufficiently prove that the mailings were made in the statutorily-required manner. See, e.g., Citibank, N.A. v. Conti-Scheurer, 172 A.D.3d 17 (2d Dept. 2019). And though there had been prior litigation over whether the servicer had met the “separate envelope” requirement of RPAPL 1304(2) (requiring that the 90-day notice be sent “in a separate envelope from any other mailing or notice”), those cases generally concerned the sufficiency of servicer testimony to demonstrate that the notice was properly sent in a separate envelope. See US Bank v. Haliotis, 185 A.D.3d 756 (2d Dept. 2020).

That all changed with a holiday-season lump of coal delivered recently by the Appellate Division, Second Department (which presides over several downstate counties, including Brooklyn, Queens, and all of Long Island).

In Bank of America v. Kessler, the Second Department found that the “separate envelope” requirement of RPAPL 1304(2) disallows any additional language in the 90-day notice beyond the mandatory statutory language. The Court held that the inclusion of any additional notifications to the borrower—whether innocuous, helpful, or otherwise—violates the requirement of “strict compliance” with the statute and warrants dismissal of the foreclosure action.

The language deemed objectionable by the majority of the Court in Kessler was nothing more than boilerplate bankruptcy and military servicemember disclosures, respectively notifying the borrower that if he was in bankruptcy or had received a discharge then the notice was for informational purposes only, and if he or a family member were active military, relief may be available under the SCRA. These basic disclosures in no way overshadow the content or message of the 90-day notice itself, and provide important information regarding the borrower’s federal rights to bankruptcy and servicemember protection. Nevertheless, the Court found this language to violate the statute because it was sent in the same envelope as the 90-day notice. Because the Kessler decision arguably covers any and all additional verbiage in these notices, it stands to reason that even FDCPA mini-miranda language would be similarly prohibited. And, because virtually all 90-day notices contain some form of additional language the Second Department has now found to be statutorily impermissible, the vast majority of 90-day notices in existing foreclosures are vulnerable to attack.

Perhaps not all hope is lost, as Kessler features a compelling dissent by Justice Miller that focuses on statutory construction—particularly that where a statute requires only that a notice “shall” include certain language, it is not to be read as excluding anything additional. An application to the Court of Appeals (New York’s highest court), by either the foreclosing plaintiff in Kessler or some future foreclosing plaintiff on the brunt end of a Kessler ruling, would presumably be guided by this dissent, the harsh and punitive impact to pending foreclosures, and, hopefully, the basic logic that these disclaimers were not the ill the Legislature sought to remedy (i.e., the concern that 90-day notices would get buried in an envelope of other paperwork from the servicer and never be found and read by the borrower).

As it stands though, Kessler’s likely real-world impact cannot be overstated. Almost every 90-day notice sent by servicers over the past decade would fail the Kessler standard. This means that numerous pending foreclosures—whether RPAPL 1304 has been pleaded or not (U.S. Bank N.A. v. Krakoff, 2021 N.Y. App. Div. LEXIS 6206 (Second Department, Nov. 10, 2021)—are now at serious risk of dismissal based on what will be considered a fatal and incurable defect to the 90-day notice.

Even litigation where the servicer has already prevailed on summary judgment can be potentially revived based on this change in the law. See CPLR 2221(e)(2).

Servicers should review their portfolios, and consider whether it makes sense to proactively dismiss certain foreclosures, send new, Kessler-compliant notices, and restart. But that option may not always be available where there exists statute of limitations concerns.

It remains to be seen whether Kessler will prove as devastating to the industry as it appears upon first blush. But it is fair to say that Kessler is now the seminal pre-foreclosure notice decision in New York and sure to be analyzed, addressed, and argued by all sides for years to come.

Brian P. Scibetta is Partner at McCalla Raymer Leibert Pierce, LLC. His practice focuses on complex foreclosure and commercial litigation in New York and New Jersey, with an emphasis on appellate practice in both state and federal court. Scibetta also has experience in title disputes and post-foreclosure litigation. In particular, he has successfully litigated numerous matters in which the statute of limitations to foreclose has been the central issue. He prefers a creative approach to litigation, centered on problem-solving and finding a way to amicably resolve even the most challenging of disputes.