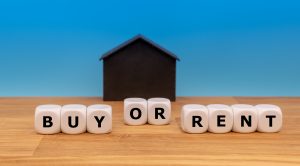 ATTOM has released its Rental Affordability Report for 2021 [1], showing that owning a median-priced home is more affordable than the average rent on a three-bedroom property. Some 58% of the 1,154 U.S. counties analyzed for the report reveal that major home ownership expenses consume a smaller portion of average local wages than renting.

"Home-prices are rising faster than both rents and wages, while wages rise faster than rents. And the housing market boom of the past decade keeps pushing home values to new records. Yet home ownership still remains the more affordable option for average workers in a majority of the country because it still takes up a smaller portion of their pay," said ATTOM Chief Product Officer Todd Teta [2]. "The trend is slowly shifting toward renters, which could be a major force in easing price increases in 2022.” 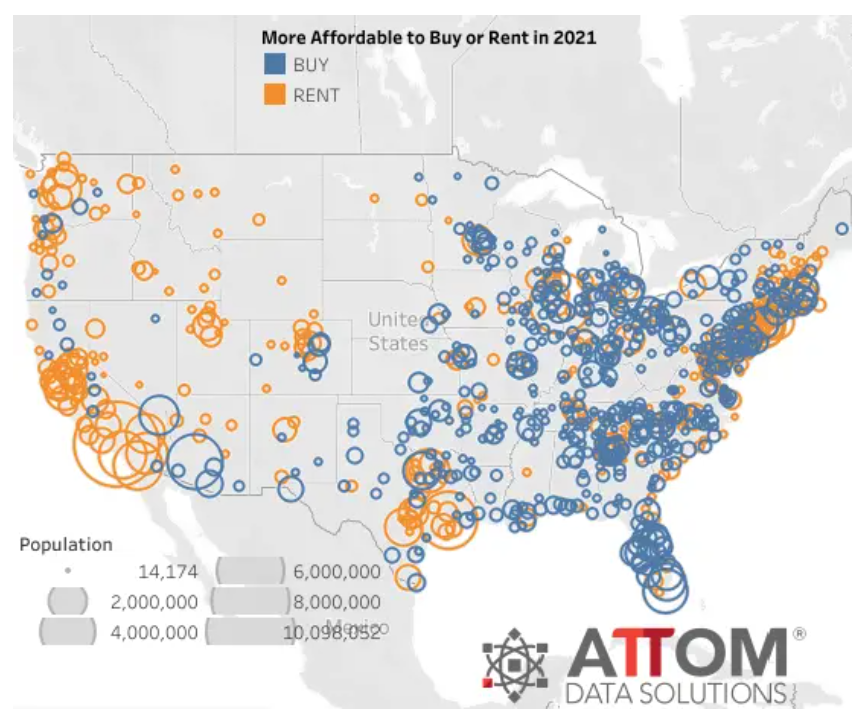 Prices have increased more than 10% in majority of the country over the past year as a surplus of home buyers, in result of the pandemic, are pursuing the small supply of homes for sale. Although average wages have increased to 8% while interest rates have remained around 3%, helping to maintain ownership affordability.

Popular trends favoring home ownership are found most in less-populous, suburban, and rural areas with the most affordable home values. However, renting remains more affordable in the biggest metropolitan areas.

"Prices can only go up by so much more before renting becomes financially easier. For now, though, rising wages and interest rates around 3% are enough to offset recent price jumps and keep ownership on the plus side of the affordability ledger compared to renting," said Teta.

The most populous counties where home prices are rising most rapidly are:

The largest counties where rents are rising faster than home prices are:

Other counties with a population of more than 1 million where it is more affordable to rent than to buy include populous metro locations such as Dallas; Miami; New York City; San Francisco; Washington, D.C.; and Riverside, California.

While renting is more affordable in a majority of counties with populations between 500,000 and one million, home ownership is the more viable option in counties with a population of less than 500,000. The most affordable rental markets remain in South and Midwest, and least affordable in the West and Northeast. Reports show that renting the typical three-bedroom property requires less than one-third of average local wages.