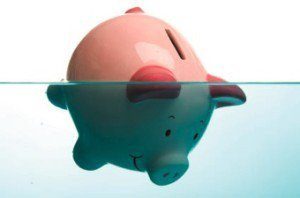 Homeowner equity improved over the first three quarters of 2016 to levels not seen since before the recession, according to the Black Knight Financial Services Mortgage Monitor for November 2016 [1] released Monday.

The report found that 4.4 percent of homeowners, or 2.2 million, were in negative equity‒‒the fewest since early 2007‒‒and roughly 1 million homes returned to positive equity over the first three quarters of 2016. This has created $4.6 trillion in available equity, or nearly $118,000 available per borrower. This is the highest market total and highest average per borrower total since 2006 and is within 6 percent of peak totals.

“There are now over 39 million borrowers with tappable equity, meaning they have current combined loan-to-value ratios of less than 80 percent,” the report stated.

Homes in the bottom 20 percent by price were also nine times more likely to be underwater than those in top 20 percent, according to Black Knight.

Ben Graboske, EVP for Data and Analytics at Black Knight, said that whereas negative home equity was once a widespread national problem‒‒with roughly 30 percent of all homeowners being underwater on their mortgages at the end of 2010‒‒it has now become much more of a localized issue.

“By and large, the majority of states have negative equity rates below the national average of 4.4 percent,” Graboske said. There are, though, some pockets where homeowners continue to struggle.”

Three states in particular stand out: Nevada, Missouri, and New Jersey, all of which have negative equity rates more than twice the national average, he said. Atlantic City leads the nation, with 23 percent of its borrowers underwater, followed by St. Louis at 20 percent.

“On the other hand,” Graboske said, “even though the total equity tapped via first-lien refinances hit a seven-year high of more than $70 billion over the first three quarters of 2016, that means less than two percent of available equity has been tapped so far this year. That equity also continues to be accessed safely, with the resulting average post-cash out LTV of 66 percent at near 10-year lows and the average credit score above 750.”

Much like the negative equity situation, tappable equity is geographically concentrated as well, although in different areas, he said. The top 10 metropolitan areas contain half of all available lendable equity, and California alone accounts for nearly 40 percent, despite having only 16 percent of the nation’s mortgages.

Click here [1] to view the entire Mortgage Monitor for November.