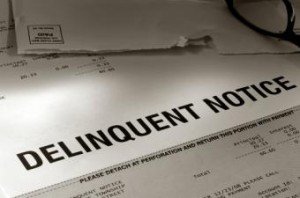 The percentage of residential mortgage loans 30 days or more delinquent has been on a steady decline for a few years, but the rate of decline is beginning to slow, according to Black Knight Financial Services’ November 2016 Mortgage Monitor released Monday.

Notwithstanding a slight seasonal increase for November (2.5 percent, approximately 61,000 loans) for mortgage loans 30 days or more delinquent but not in foreclosure, the share dropped by 9.4 percent over-the-year during the month down to 4.46 percent, representing approximately 2.26 million mortgage loans.

“The rate of annual declines in delinquencies has been slowing over the past 18 months after peaking at a 19 percent year-over-year decline in August 2015,” Black Knight stated in the report. “The likely cause is simply normalization in delinquency rates.”

Delinquency rate wasn’t the only metric experiencing a slowdown in decreases in November, according to Black Knight. The number of residential mortgage loans in active foreclosure declined by the rate slowed a bit—29 percent in November compared to a two-year high of 31 percent in September, Black Knight reported. Overall, the number of properties in pre-sale foreclosure inventory declined by 200,000 over-the-year to down below half a million (498,000).

Foreclosure starts, which experienced their lowest monthly total in a decade in October, jumped by 7 percent over-the-month in November up to 60,400—a number that still represented a decline of 9.3 percent over-the-year.

Even with the increase over-the-month in foreclosure starts, November’s total was the third-lowest total for any month since 2006, according to Black Knight.

Loan applications made prior to the recent increase in mortgage rates continued to close, which contributed to strong prepayment numbers (usually a good indicator of refinance activity) for November. In fact, November’s prepayment rate of 1.43 percent was an increase of 56 percent from the previous November. Black Knight said there may be declines coming, with a pronounced drop at the beginning of 2017, as the number of closings on loan applications made prior to the rate increase declines.