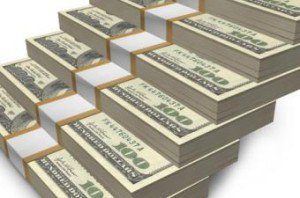 The Office of the Comptroller of the Currency [1] (OCC) on Monday dropped its mortgage servicing-related order against HSBC Bank [2], saying the bank was compliant with the consent order. At the same time, the OCC also levied a $32.5 million penalty against the bank for previous violations of the order.

The OCC originally issued the consent order against HSBC and seven other national mortgage servicers in 2011 and amended it twice [3], in 2013 and 2015. That order concerned approximately 1,700 accounts with missing, untimely, or incorrect payment change notices, for which HSBC made approximately $3.5 million in remediation payments.

The OCC terminated the consent order with HSBC based on improvements the bank has made to its servicing practices. Kris A. McIntire, Deputy Comptroller of Large Bank Supervision, stated that, "the Comptroller of the Currency believes that the protection of the depositors, other customers, and shareholders of the bank, as well as its safe and sound operation, does not require the continued existence of the 2011 Consent Order," or the 2013 or 2015 amendments to the consent order.

HSBC Spokesperson Rob Sherman told DS News, “We’re pleased with the OCC’s assessment of the enhancements we’ve made to mortgage servicing over the last several years. The steadfast commitment of our employees to this effort has made HSBC both more compliant and customer friendly.”

Last April [4], the OCC had tagged HSBC with a $35 million fine to compensate customers the office said were adversely affected by the bank’s practices.

The bank will pay the assessed penalty to the U.S. Department of Treasury.

HSBC was one of eight national mortgage servicers (the others were Bank of America, Citi, JPMorgan Chase, MetLife Bank, PNC, U.S. Bank, and Wells Fargo) that agreed to a consent order with the OCC in April 2011 over mortgage servicing and foreclosure practices. At that time, the eight servicers agreed to an independent consultant’s review to determine if foreclosure actions during the years 2009 and 2010 were properly conducted. They also agreed to submit a plan to remediate any borrower that had been harmed financially as a result of improper foreclosure practices.

The Independent Foreclosure Review [5] concluded in January 2013 with 10 mortgage servicers reaching an agreement with the Fed and the OCC to pay a combined total of $8.5 billion to more than 3.8 million homeowners whose homes were in foreclosure in 2009 and 2010. The sum included $3.3 billion to be paid directly to borrowers. The claims allege that the servicers mishandled loan paperwork and robo-signed documents related to the foreclosures. The settlement totals were later increased [6] to 15 servicers and a total of $10 billion in payments, according to the Federal Reserve.

The OCC stated that notwithstanding the termination of the HSBC consent order, the Agency will still continue to oversee the Independent Foreclosure Review settlement fund established by the 2013 amendment to the consent order and that uncashed payments to borrowers or borrowers' heirs will still be available through the escheatment process after the fund is terminated.

Click here [7] to view the OCC’s termination of the consent order.