Home / Daily Dose / Why Is the Manhattan Housing Market Slowing Down?

Why Is the Manhattan Housing Market Slowing Down? 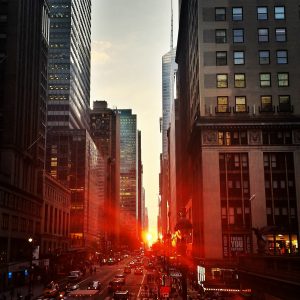 Properties in the tony Manhattan borough of New York City spent the greatest number of days on market in six years according to a report on Manhattan's housing market by residential brokerage firm Stribling & Associates.

The report which covers sales, contracts, and inventory levels across the borough revealed that the luxury threshold (defined by Stribling as the top 10 percent of all sales) stood at $4.35 million. Many legacy contracts signed in new developments in the borough up to two years ago or more finalized their sales in Q42018 driving up the average price in Manhattan by 1.8 percent, even as the median price dropped 4.4 percent. "In healthier markets, these numbers would have moved correspondingly," said Garrett Derderian, Director of Data and Reporting at Stribling.

The borrow recorded a decline of 10 percent in total sales compared to the same period last year and was down 25 percent from the high recorded in Q42015, the report indicated. "Every quarter of 2018 saw a decrease in the number of sales over the same period one year ago, including the most recent quarter," Derderian said. "The striking occurrence now is the number of sales hit a post-crash low. The last time we observed so few fourth-quarter sales was 2011."

Despite the decline in sales, the report revealed that sales volume in terms of dollars increased with total sales volume for Q42018 up 1.6 percent to $4.07 billion from $4.01 billion a year ago. Yet, according to Derderian, the total volume remained down from the nearly $5 billion recorded in 2015.

Additionally, discounts in price listings continued to rise during the quarter in Manhattan. While the average discounts for properties in the borough were at 6.4 percent off the initial asking price in Q32018, they grew to 7.9 percent in Q4, though they weren't evenly spread.

Looking at the inventory in the area, the report found that there were 7,019 units on the market at the end of Q42018. Of these, condo units made up the largest share of the inventory with 49 percent.