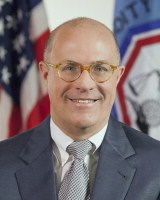 The Federal Housing Finance Agency (FHFA) has announced that J. Christopher “Chris" Giancarlo, former Chairman of the U.S. Commodity Futures Trading Commission (CFTC), will serve as independent, non-Executive Chairman of the Board of Directors of Common Securitization Solutions LLC (CSS) and that CSS will amend the structure of its Board of Directors. This amended structure provides Anthony Renzi, appointed in December 2019 as CSS CEO, a seat on the Board and also allows FHFA to appoint up to three additional independent directors.

“Chris Giancarlo is the right person to serve as independent Chairman of the CSS Board. Chris' unique balance of public service and financial sector experience will be an asset to CSS," said FHFA Director Mark Calabria. “Now is the time to add independent CSS Board members to assess and enable additional entrants onto the CSP. More competition means lower costs for consumers and a more liquid and stable housing finance market."

CSS, a joint venture between Fannie Mae and Freddie Mac, built and runs the technology platform that supports the Uniform Mortgage-Backed Security (UMBS). Both GSEs began using the CSS Common Securitization Platform (CSP) in June of 2019.

The FHFA’s announcement was applauded by Housing Policy Council (HPC) President Ed DeMarco, who previously served as Acting Director of FHFA and helped develop the vision for CSP.

“HPC applauds this initiative by FHFA Director Mark Calabria and welcomes the selection of Chris Giancarlo to Chair the CSS Board,” said DeMarco in a statement. “This is a long overdue step to directly engage private sector participation in the governance and decision-making of this key infrastructure. Virtually all housing finance reform bills envision CSS as a critical industry platform for mortgage securitization, not a proprietary infrastructure for the exclusive use of the GSEs.”

“I am honored to be appointed by Director Calabria as the Chairman of CSS's Board of Directors. As Chairman, I will promote the modernization of America's housing finance infrastructure, with the goal of creating a more competitive, efficient, and lower cost housing finance market that preserves all Americans' access to mortgages," said CSS Chairman Giancarlo upon his appointment. “The Board will guide CSS as it supports the Enterprises' mortgage securitization activities, including continuing the development of the UMBS.  Part of that development is assessing the impact and utilization of UMBS as a financial instrument and its attractiveness for additional entrants and guarantors, as well as examining its potential use for additional services related to securitizations and emerging digital technologies, including securitization tokenization using distributed ledger technology."