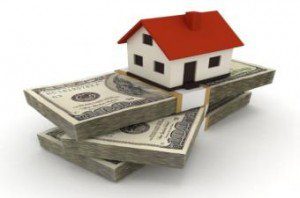 Since 1980, W. Eddie Speed has dedicated his professional life to the seller financing and non-performing note industry. Speed founded NoteSchool [1], which is a highly recognized training company, specialized in the teaching of buying both performing and nonperforming discounted mortgage notes. He is the owner and president of Colonial Funding Group LLC [2], which acquires and brokers discounted real estate secured notes. In addition, he is also a principal in a family of Private Equity funds that acquires bulk portfolios of notes. Speed recently spoke with DS News about determining where to buy assets based on market deficiencies.

How are market deficiencies found?

I started buying seller finance notes in 1980. If you look at most of my career, it's been around realizing that distressed asset buyers, or unique assets buyers, are always looking on the fringes of where the tradition banks, traditional real estate, and all the things that are what we would call mainstream, are not being efficient. Over the past 37 years I've done a lot of different niche things. Some things remain pretty much consistent over the years. Some things, there was a big market for, say in 1990, and there's not any market for today.

We generally consider ourselves to be in the low price band space, and I’ve found that people would say, “I would rather fight if I'm going to make an investment in a distressed asset. I'd rather buy a $300,000 distressed asset than a $50,000 distressed asset.” The answer is, of course you would and so would everybody else. But as the margins and all of the distressed inventory has changed so much, it's pushed me back into really what has been my rabbit in the briar patch most of my career, which is inexpensive working class real estate. And there's a difference between that and unsafe real estate.

What is the difference?

The thing that I noticed over and over and over, and this isn't true in every market, but this is prevalent in probably 20 states, is this: In Ohio or Indiana, or St. Louis, or Kansas City, and it would be a safe neighborhood. I would see a realtor BPO and it would be valuing a property at $50,000, or $40,000, and you're like, “That's crazy. How could you look at that neighborhood and say it's only worth $40,000?” And the reality is it's because there wasn't any bank financing for $40,000, so every house that was in MLS and sold, it was basically a cash deal. Yet it would rent for $850 a month, so you have a house that rents for $850 a month, yet the realtor is running BPO comp, all cash, and can only come up with $40,000.

That smells like an opportunity to me, because there's no way the house is only worth $40,000.

Why do investors want to get involved in residential real estate? I've been in numerous networking groups with a lot of the guys that were very active in the turnkey space. So I'd gotten to know them fairly well. I knew what their market opportunity was, which was they just found people that were basically scared of the stock market and they wanted to be in alternative investment and real estate was, in their mind, number one, because that's what they could think of. But they didn't invest, because they lived in California and the property was in Memphis, or Birmingham, or Buffalo.

I ran in a circle with a lot of guys that were filling that gap, but what I realized was, in talking to them, when they were selling a house for maybe sub-$80,000, they almost never got bank financing. They were selling them all for cash. They do a turnkey deal, they renovate the house, they find a tenant, they manage the house, or have it managed. You know they make it a true turnkey for an out of town investor, and they just sell it on anywhere from a 7 to 11 cap rate, depending on what the market is.

So what happened in the market was, residential real estate turned into how you sell apartment complexes. Particularly in the lower price band real estate, it became the exact same model that apartment and syndicators figured out for years. They could go take and put a passive investor in a deal, it didn't really matter where it was located. The investor could be a value buyer because he could go buy where he could get a better return on his investment. He lives in California, but he can't get a 10 cap in California, so he's buying in a different region in the country. He doesn't really care where it is because he didn't have to go fool with it.

Then I realized, wait a minute, there's still another opportunity here. This is my space—I’m a note guy. I look at every deal from a financing scenario. I deal in consulting for some of the turnkey guys, because they said, “We're selling all these houses for cash, and if we could get some leverage to investors, they could buy more property.”

Then you're saying if I could sell the house for $30,000 down, and finance $30,000, then the monthly payment on that house for a fully amortized six-year loan at 6 percent interest at $30,000 is exactly the net operating income on that house. The investor's not making any cash flow, but the operating income is not coming out of his pocket.

A lot of times, the investor is somebody that's in his sun setting years of his career, he's scared of the stock market, and he wants to invest in real estate, so he has free and clear income down the road. If he could use some leveraging, if he's 55 years old, when he's 61 the house is straight paid for free and clear. But he didn't pay $60,000 for the house, he paid 30 and the tenant paid for the other 30.