Fiserv First Data Could Generate $4B in Cash Flow 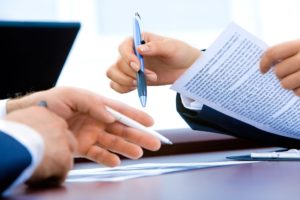 In what is being called the largest acquisition in the financial technology sector, Fiserv is set to acquire First Data for $22 billion, the company announced on Wednesday. The deal is also likely to create strong long-term synergies for both companies, Fiserv said.

Apart from the enhanced revenue growth potential, Fiserv said that the combined entity would also generate significant cash flow that was expected to exceed $4 billion in the third year following the close of the deal. The company also intends to refinance around $17 billion of debt that First Data is likely to have when the deal closes in the second half of 2019.

Fiserv, which sold the majority of its lending business to Warburg Pincus last year to create a joint entity, Sagent Lending Technologies, has said that the deal is likely to generate around $900 million of run-rate cost savings and at least $500 million of revenue synergies.

The combined entity will offer technology capabilities that enable a range of payments and financial services including account processing and digital banking solutions. Its capabilities will also include card issuer processing and network services, e-commerce, integrated payments, and the Clover cloud-based point-of-sale solution.

“Through this transformative combination, we expect to redefine the manner in which people and institutions move money and information,” said Jeffery Yabuki, President and CEO of Fiserv. “We expect this combination to catalyze and support an enhanced value proposition for our collective clients and their customers.”

The combined entity will also explore integrated, complementary technology capabilities and solutions to enhance client value and increase market differentiation. Following the close of the transaction, the combined company expects to invest an incremental $500 million over five years to create significantly enhanced solutions for clients and accelerate growth.

Previous: Developments in Bankruptcy and Title Practices
Next: Improving the Lending Process at ServiceMac