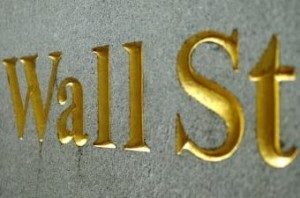 With so much talk lately around the possibly of the soon-to-be-installed Trump Administration rolling back regulations for the financial industry, the House Financial Services Committee Chairman is making his case for the Republicans’ Dodd-Frank alternative while Democrats are vocalizing their strong opposition.

Rep. Jeb Hensarling (R-Texas), who was recently elected to a third term as Chairman of the House Financial Services Committee, recently appeared on two national radio talk shows [1] to discuss H.R. 5983, a.k.a. the Financial CHOICE Act [2] (Creating Hope and Opportunity for Investors, Consumers, and Entrepreneurs), which he introduced last June [3]. In September, it passed through the Committee [4], largely along party lines.

“I know it is a priority of President-elect Trump,” Hensarling said on the Hugh Hewitt Show recently. “He has said he’s committed to dismantling Dodd-Frank, and in the House Financial Services Committee we have a bill to allow him to do that. I don’t think there’s another bill out there today that does do that. So it is a priority of the administration, and conversations I’ve had at high levels of the administration, I know they’re interested in using the reconciliation process.”

On Fox News Radio’s Kilmeade & Friends, Hensarling stated, “What’s interesting is even Barney Frank has indicated he would change about a half a dozen fairly significant provisions of his own namesake law but there are so many Democrats who view this as sacred text like it came down from the tablets on Mt. Sinai and it’s kind of an ideological commitment, a class warfare thing, but meanwhile the big banks are getting bigger, the small banks are getting fewer and the poor beleaguered middle income American is seeing his paycheck stagnant and his savings decimated, it has failed.”

Among the provisions of the CHOICE Act are: allowing banks that remain strongly capitalized the option to be exempt from certain regulations; more than two dozen measures aimed at providing regulatory relief for community banks and credit unions; and a proposal for a bi-partisan, five-member commission to lead the Consumer Financial Protection Bureau, the controversial agency created out of the Dodd-Frank Act.

Democrats have fought against any attempts by Republicans to roll back any part of Dodd-Frank, which the Obama Administrations considers to be one of its greatest triumphs. Rep. Maxine Waters (D-California), Ranking Member of the House Financial Service Committee, has been one of the most vocal critics [5] of the CHOICE Act, calling it the “wrong choice” for America.

“In response to (the devastation of the 2008 crisis), the Dodd-Frank Act made sweeping changes to our financial regulatory system so that our economy would never again be threatened by special interests,” Waters said. “Yet, here we are, pretending that the crisis never happened, and considering toxic legislation that takes us in exactly the wrong direction. Let us be clear about who would benefit from the Republicans' ‘wrong choice’: Wall Street and other special interests who have been fighting against financial reform since before it was enacted. The regulatory roll-backs in this bill know no bounds.”

Americans for Financial Reform said of the CHOICE Act [6], “The Financial CHOICE Act would be an unprecedented blow to effective oversight of the financial sector and to fairness for consumers, investors, members of the public, and businesses. This is not a serious piece of legislation. It is, however, a sad reminder of the Financial Services Committee’s apparent willingness, under its current leadership, to do Wall Street’s bidding with breathtaking disregard for the costs to consumers and to the safety of the financial system as a whole.”

Trump’s pick for Treasury Secretary, hedge fund investor and former Goldman Sachs partner Steve Mnuchin, is scheduled to testify at a confirmation hearing [7] before the Senate on Thursday, January 19. Mnuchin has promised to overhaul Dodd-Frank and roll back financial regulations if he is confirmed.