A Tale of Two Earnings Reports 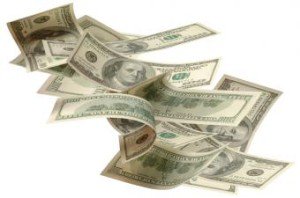 “U.S. Bancorp delivered an outstanding performance in 2016 with record net income, EPS, and revenue,” U.S. Bancorp Chairman and CEO Richard K. Davis said. “In a challenging year where the economic environment was often unpredictable, we delivered industry-leading returns, we made important investments in our long-term growth strategy, and we returned 79 percent of our earnings to shareholders through dividends and share buybacks.”

Things did not go so well for Citigroup’s mortgage business  in the fourth quarter, however. While the mortgage portfolios of most large U.S. banks were up in Q4, the portfolio for Citigroup was down. The bank's loans were $624 billion, up 1 percent from the prior year, though it reported “continued reductions in the North America mortgage portfolio.”

Citicorp, within Citigroup, reported net income of $3.5 billion, up 25 percent from Q4 of 2015. Citicorp revenues were $16.4 billion, up 6 percent.  Citi Holdings revenues were way down from last year‒‒$657 million, a 79 percent decrease. The bank said the drop off mainly reflects the absence of net gains from asset sales.

Citi Holdings net income was $87 million, compared to $667 million in the prior year period, reflecting the lower revenue, partially offset by lower operating expenses and lower cost of credit.

Citi CEO Michael Corbat maintained that the bank “had a strong finish to 2016, bringing momentum into this year. Our core businesses are beginning to produce the returns our investors expect and deserve.”

Previous: Supreme Court Blocks Fannie Mae’s Path to Federal Courts
Next: The White House on Housing: A Look Back and Ahead