Home / Daily Dose / Down, Down, Down for Mortgage Rates

Down, Down, Down for Mortgage Rates 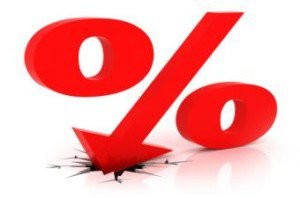 Who says mortgage interest rates are headed toward the 5 percent mark? For the week ending January 19, rates declined for the third consecutive week and are now headed back toward 4 percent.

“After trending down for most of the week, the 10-year Treasury yield rose following the release of the CPI report,” Freddie Mac Chief Economist Sean Becketti said. “In contrast, the 30-year mortgage rate fell three basis points to 4.09 percent, the third straight week of declines.”

“Mortgage rates fell for the third week in a row, despite a slight upward creep in inflation and wages,” Bankrate.com reported. “The Consumer Price Index went up 2.1 percent in 2016, which is higher than the Federal Reserve's inflation target. The Fed also noted that businesses are seeing upward pressure on wages. The inflationary news didn't push mortgage rates higher, though, as geopolitical uncertainty dominated.”

Prior to the three straight weeks of declines, mortgage rates had increased for eight consecutive weeks. Many analysts were predicting future increases for mortgage rates up to within the 4.5 percent to 5 percent range by the end of 2017, especially following the Fed rate hike in December. But mortgage rates have gone the other direction. Mortgage rates hovered slightly above the record low of 3.31 percent (set in late 2012) for much of 2016.