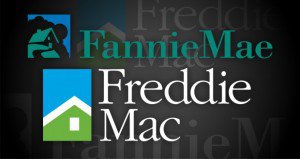 In September 2019, President Donald Trump and his administration initiated a process whereby Fannie Mae and Freddie Mac would exit conservatorship. It's been reported here that, as the Trump administration launched the process with little more than a year left in its term, it will not be able to complete many of the key requirements for conservatorship exit, and full re-capitalization" during his term (according to Former Freddie Mac CEO Don Layton, now a Senior Industry Fellow at Harvard's Joint Center for Housing Studies).

In a new brief from the Urban Institute, nonresident fellow Jim Parrot summarizes the Trump administration’s final steps to reform Fannie Mae and Freddie Mac, concluding that "it builds some modest momentum for their release from conservatorship but ultimately leaves their fate to the incoming Biden administration."

A few days ago, the Federal Housing Finance Agency (FHFA) and the U.S. Department of the Treasury announced the last steps on housing finance reform the country will see from the Trump administration, an effort they mapped out in a 2019 white paper, Parrot points out in his brief.

The FHFA and Treasury amendments allow the GSEs to build the level of capital required
under FHFA’s recently released capital requirements or $283 billion. Writes Parrot, "This is a sixfold increase in the current capital limits of $25 billion for Fannie Mae and $20 billion for Freddie Mac."

The Treasury and FHFA also agree that FHFA may release the GSEs from conservatorship once the
litigation related to the conservatorship is resolved and the GSEs have built equity capital equal to 3% of Fannie and Freddie's total assets.

The changes, outlined in the full paper and in an FHFA press release, place the GSEs on a clearer path out of conservatorship but also work to constrain Fannie and Freddie's business practices upon the release from FHFA oversight.

What, according to Parrot, are the implications, in brief, of this administration's final push for reform?

For one thing, "Treasury still has significant control over whether and how the GSEs are released," he pointed out.

"While it will take time to digest the full import of these changes, there are a few implications worth
noting. First, while it might appear that the agreement has put the GSEs’ release from conservatorship out of the Treasury’s control, it has not. Second, the modifications to the dividend will mean that in the end, taxpayers are likely to either go unpaid for a large share of its investment or in effect take over the GSEs. And third, the move to lock in the GSEs’ current risk profile is likely more optics than substance."

Another implication, according to Parrot's paper: Taxpayers are likely to either get stiffed or walk away owning the GSEs.

"Taxpayers are supposed to receive a dividend for their investment to date and a commitment
fee for the backstop they provide going forward," he noted. "The latter has never been applied because the GSEs have never been able to afford it given their dividend obligations. Once they can afford both, however, Treasury and FHFA are obligated to set the level of the commitment fee and begin charging the GSEs for the backstop."

Parrot says the steps that Treasury and FHFA have taken amount to "a legacy statement on how they think Fannie Mae and Freddie Mac reform should proceed in the years to come."

"While they've increased momentum down their preferred path, whether the GSEs continue down that path or change course entirely has been left largely to the incoming administration."

The full report is available on urbaninstitute.org.