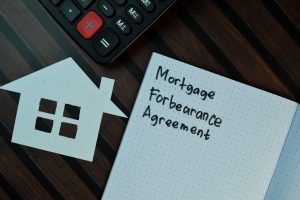 In its latest Loan Monitoring Survey, the Mortgage Bankers Association (MBA) reports that the total number of loans now in forbearance decreased by 26 basis points from 1.67% of servicers' portfolio volume in the prior month to 1.41% as of December 31, 2021. The MBA estimates that 705,000 U.S. homeowners are currently in forbearance plans.

"The share of loans in forbearance continued to decline in December 2021. This was especially the case for government and private-label and portfolio loans, as those loans have higher levels of forbearance than loans backed by Fannie Mae and Freddie Mac," said Marina Walsh, CMB, MBA's VP of Industry Analysis. 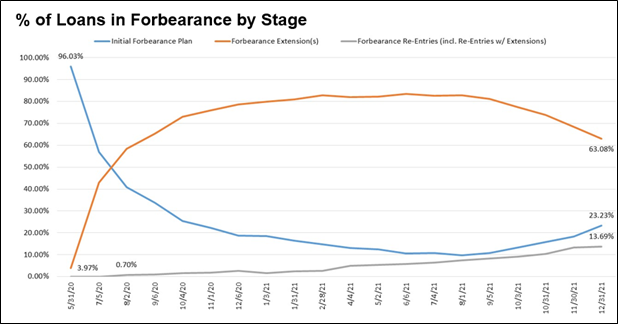 "It is likely that the remaining borrowers in forbearance have experienced either a permanent hardship that may require more complex loan workout solutions, or they have encountered a recent hardship for which they are now seeking relief,” said Walsh.

"With the number of borrowers in forbearance continuing to decrease below 750,000, the pace of monthly forbearance exits reached its lowest level since MBA started tracking exits in June 2020,” said Walsh.

The MBA also reported that he five states with the highest share of loans that were current as a percent of servicing portfolio included: