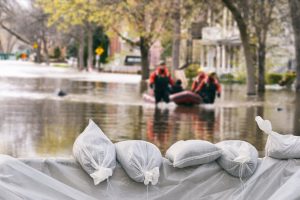 Redfin reports that one in 10 home buyers and home sellers cite climate-related risks—hurricanes, flooding, wildfires, extreme temperatures and/or rising sea levels—as the primary reason for their move. The study found that 39% of those polled found these risks as contributing factors for their move.

Natural disasters and climate-related events have increased over the last several decades. The national focus on climate change and natural disasters has made it difficult for many homebuyers and homeowners to ignore the risks associated with certain areas.

“As natural disasters become more unavoidable, climate change is top of mind for homeowners in a way it wasn’t 10 years ago or even two years ago,” said Redfin Chief Economist Daryl Fairweather. “Moving to homes in neighborhoods with lower risk and away from places with higher risk is a trend that will pick up speed in the next decade as people feel the impact of disasters like fires, floods and extreme heat both financially and emotionally. It’s expensive to protect your home or to fix water or fire damage, and many homeowners in high-risk areas like parts of California and coastal Texas, are exhausted from worrying about the next wildfire or hurricane.” 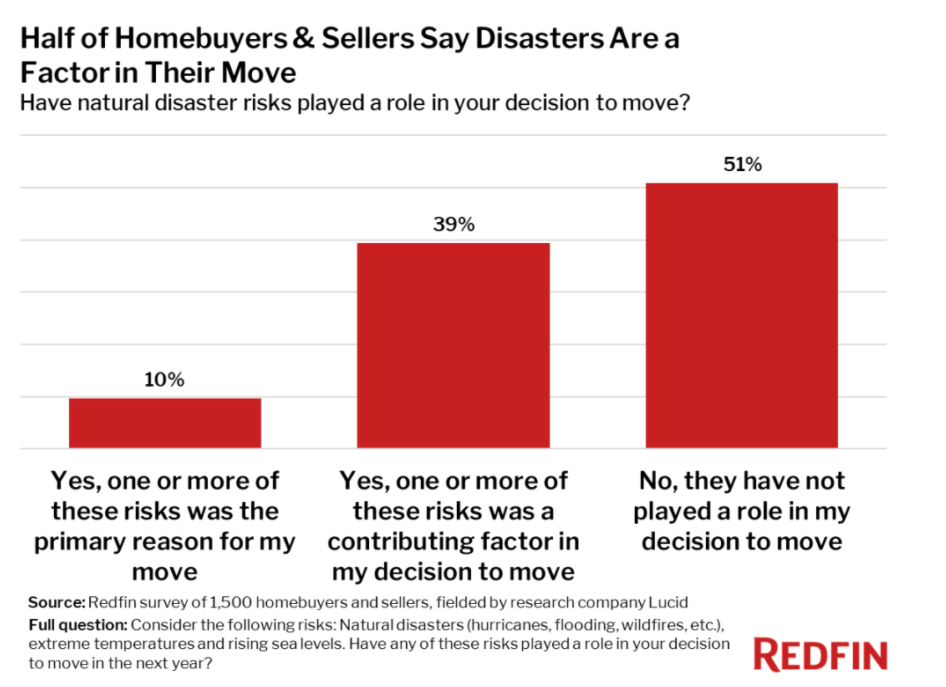 A report on migration by Redfin in August found that U.S. counties that are susceptible to natural disasters gained residents over the four-year span from 2016 to 2020. Meanwhile, counties with relatively low risk lost residents, due in part because areas with high climate risk are relatively affordable, with lower property taxes and more housing options.

“It only takes one flooded basement or leaky roof for a homeowner to realize they never want to deal with that again,” Fairweather noted. “People don’t realize how costly it is to maintain a home, especially one that’s located in an area prone to natural disasters, until they experience it for themselves. Homeowners are more likely to factor those high costs into their moving decisions. First-time buyers should look out for costly projects like leaky roofs before purchasing a home, and they should also look for climate-friendly improvements that will provide a good return on investment, like swapping out grass for drought-tolerant landscaping.” 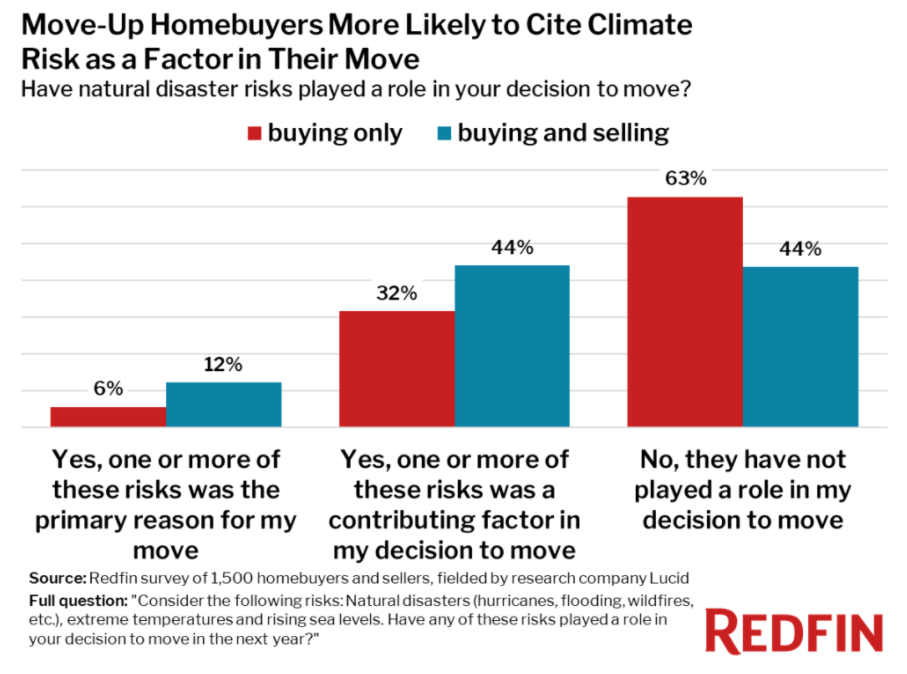 “As more homes get damaged by natural disasters, it’s becoming increasingly important for municipalities to invest in protecting against climate change,” said Fairweather. “Cities will need to re-evaluate their zoning guidelines, and build more housing in non-disaster-prone areas.”

Click here for more on Redfin’s survey on climate change and migration.