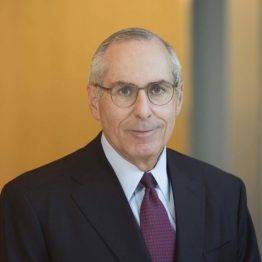 After instigating the first modern Credit Risk Transfer (CRT) in 2013, CRT has become a standard practice at the GSEs, but many seem to misunderstand their purpose and mission. In a series of papers authored by former Freddie Mac CEO and Harvard Joint Center for Housing Studies (JCHS) Senior Industry Fellow Don Layton, Layton attempts to explain the purpose and role of CRT. What specific issues do CRT address, and how successful have they been?

In the first paper, titled Demystifying GSE Credit Risk Transfer: Part I – What Problems Are We Trying to Solve?, Layton begins at the 2008 financial crisis, and the beginning of conservatorship. With CRT, Layton notes, instability like in 2008 is less likely, and the system allows the mortgage system to operate more efficiently.

“After that first transaction in 2013, it took just a few years for CRT to mature and become a core component of the reformed GSE business model, today putting about 70 percent of all new single-family mortgage credit risk into the hands of private capital,” said Layton. “This dramatically reduces the potential for the GSEs to become a source of systemic instability in the future, as they had become in 2008.”

“CRT has become the linchpin for other improvements in the US system of housing finance,” Layton continues.

Layton’s paper lists the major GSE challenges that he says CRT successfully addresses, including systematic risk, taxpayer exposure, and capital costs. A major question Layton asks is, "Can systemic risk be reduced?" According to his paper, the answer is yes, however, this takes time.

"It’s not theory at this point, as ballpark one-quarter to one-third of the credit risk exposure (as measured by government formulae) of the entire single-family mortgage book of the two GSEs has already been sold off to CRT investors," Layton says. "It will just take some years for the rollover of the mortgages to increase the systemic risk reduction to a much higher level, hopefully reaching 70%-plus by five or so years."

One of the GSE’s more recent CRT programs is Fannie Mae’s Connecticut Avenue Securities (CAS) transactions. According to Fannie Mae, the CAS issuer strategy works to build program in a sustainable way to promote liquidity. Similiarly, the GSEs are looking to expand liquidity through the Uniform Mortgage-Backed Security (UMBS), which launched in June 2019.