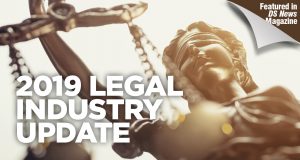 Editor's note: This feature originally appeared in the January issue of DS News

Last year, Maryland SB 1033 enabled a fast-track foreclosure process for abandoned on blighted properties. The legislation, now codified at MD Code Real Property §7105.14, was intended to reduce the lengthy foreclosure process if certain enumerated criteria could be shown demonstrating that the property is actually abandoned. If the necessary indicia of abandonment could be shown, most of the Notice of Intent (NOI) and mediation processes of Section 7-105.1 are lifted, the trustee is allowed to proceed directly to pre-sale notices and advertisement, and the property could be foreclosed in a compressed timeframe.

The Commissioner of Financial Regulation and Department of Housing and Community Development (DHCD) implemented a new form (Appendix H-6) and rule implementing the statute by amending provisions of COMAR 09.03.12 Foreclosure Procedures for Residential Property. The “H-6” form is a straightforward, one-page notice requiring a response within 20 days from service. No objections have been received regarding the form itself. A little over one year in, the results of fast-track foreclosure processes filed across Maryland’s jurisdictions are a mixed bag.
At least one county granted the petition immediately.

Several others are focused on technical aspects of the notices while others have yet to review the petitions despite the statute’s admonition to “rule on the petition promptly after the petition is filed.” Unfortunately, one of the jurisdictions that has not yet ruled is one of the more populous areas of the state. Another more rural county denied the petition outright without explanation. Some of the inconsistency on the implementation of the fast-track process may be due to the fact that the courts have settled into the new foreclosure process adopted in 2010 with all of the notices, disclosures, and opportunities to mediate contained therein.

Departure from that process may be seen as somewhat heretical. Courts are, after all, generally conservative when it comes to their procedure and greatly prefer time-tested and safe procedures. The court which denied the petition outright is believed to fall into this category. The true battleground is to get the urban courts to rule “promptly.” Otherwise, the net gain will be small or negative. The term “promptly” is not really defined in the statute, however. One must look back at the legislative history and, in particular, the Fiscal and Policy Note of March 10, 2017, connected to SB 1033, in order to understand the anticipated gain. There, DHCD indicated it believed the immediate foreclosure process would “reduce the foreclosure timeframe by six months and, accordingly, reduce its’ expenditures related to the foreclosure process on vacant and abandoned properties.”

Courts that fail to enter a ruling promptly, so that the expedited foreclosure occurs before six months have elapsed, effectively negate the anticipated gain under the statute. This would be particularly egregious in, for example, the city of Baltimore, where, according to the same Fiscal and Policy Note, some 17,000 vacant buildings were reported in 2016. The sensible path is to push vacant property cases forward in the jurisdictions that accept and process the same quickly, and also to continue to push for a “prompt” review, either up-or-down, in those courts that have not yet ruled. Counsel should continue to advise clients of known problem jurisdictions and tailor their plans accordingly.