Home / Daily Dose / Where the Most Competitive Buyers Are

Where the Most Competitive Buyers Are 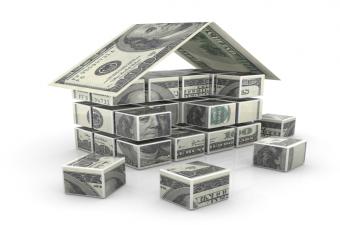 The housing market has shown signs of cooling across the U.S. in 2019. However, some cities have remained competitive with buyers trying to outbid each other for properties. LendingTree recently ranked the top markets in the U.S. based on an average of the metro’s rank in three categories that contributed to the competitiveness of homebuyers—share of buyers shopping for a mortgage before identifying the house they wanted, average down payment percentage, and percentage of buyers who had a good or excellent credit score.

The average down payment percent in the top 10 of the 20 most competitive markets in the study was 16 percent—two points higher than that across all metros in the study.

Denver led the charge among the top 10 competitive markets with 67 percent of buyers who shopped for a mortgage before settling on a house, 56 percent of buyers with prime credit with an average down payment at 16 percent. This was followed by Los Angeles, Portland, San Francisco, St. Louis, Las Vegas, Seattle, Sacramento, and Boston.

Other key findings revealed that buyers in Denver, Los Angeles, and Portland, Oregon, have the most competitive buyers in the country. Buyers in these areas have higher than average credit and the ability to put down a larger down payment, the report stated.

On the other hand, Birmingham, Alabama; Virginia Beach, Virginia; and Pittsburgh have the least competitive buyers in the country. This may be beneficial for buyers as homeownership is likely to be less challenging in these areas. The reason as to why places like Oregon, San Francisco, and Seattle are most likely to fuel market competitiveness can be attributed to high-paying tech jobs in these areas, according to the report. The report also revealed that in the 10 most competitive metros 63 percent of buyers shopped around for a mortgage before settling on a house and 57 percent of buyers have good or excellent credit.

“Shopping around for a mortgage can not only help buyers save money. It can also help them become pre-approved for a mortgage, which makes it easier to purchase a home,” said Tendayi Kapfidze, Chief Economist at LendingTree.

Previous: A Housing Heat Wave Hits the South
Next: Why U.S. Bank is the “World’s Most Admired Company”