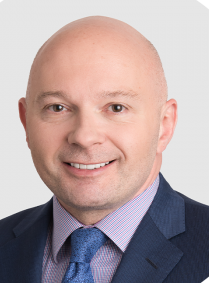 Fannie Mae announced that Ryan A. Zanin will be the company's EVP and Chief Risk Officer (CRO), effective February 1. The role signifies the company’s sustained commitment to risk management in its drive to create a stronger, more stable housing market, according to a press release from Fannie Mae.

"Ryan’s appointment as Chief Risk Officer comes at a critical time for Fannie Mae. Risk management is a core function of managing our business. Filling this position with someone of Ryan’s caliber is key to meeting our mission to sustainably serve lenders, homebuyers, and renters, and provide liquidity through all market cycles,” said Hugh R. Frater, Chief Executive Officer, Fannie Mae.

"I am grateful for Ryan’s service on Fannie Mae’s Board of Directors since 2016, and I’m pleased the company will continue to benefit from his extensive risk management experience and expertise in his new role,” said Sheila C. Bair, Chairwoman of the Board, Fannie Mae.

Zanin joins Fannie Mae with more than 30 years of experience in financial services, and more than 20 years of experience in risk management. He served as President and CEO of the Restructuring & Strategic Ventures Group at GE Capital from 2015 until his retirement from General Electric in July 2018. Previously, he served as CRO of GE Capital from 2010 to 2015, and again served in that role from November 2016 until his retirement. Prior to joining GE Capital, Zanin served as Managing Director and CRO, International Capital Markets, at Wells Fargo & Company, from 2008 to 2010, and as CRO, Corporate and Investment Bank at Wachovia Corporation, from 2006 to 2008. Before that, he spent 14 years in leadership roles across Deutsche Bank AG and Bankers Trust Company.

2021-01-22
Christina Hughes Babb
Previous: Seriously Delinquent Mortgage Loans Up 1.7 Million in 2020
Next: The Week Ahead: Lawyers Navigate the Eviction Process