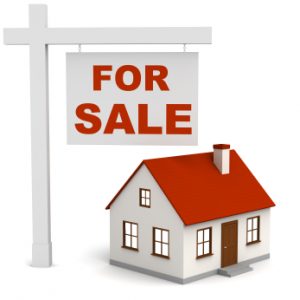 According to a new report from Redfin, some 31.2% of their users nationwide looked to move to a different metro in Q4 of 2021. That number is down from the record-high of 31.5% set in Q1 of last year, but still up significantly from pre-pandemic levels, with 26.3% of Redfin users also looking to relocate in Q4 of 2019.

Homebuyer interest in relocating to a new part of the country rose with the onset of the pandemic and has remained elevated for nearly two years. Partly due to low mortgage rates and the surge in remote work, allowing consumers to choose where they live based on factors such as affordability and weather rather, than proximity to an office.

The latest migration analysis is based on a sample of about 2 million Redfin users who searched for homes across 111 metro areas in Q4, excluding searches unlikely to precede an actual relocation or home purchase. To be included in this dataset, Redfin users must have viewed at least 10 homes in a particular metro area, and homes in that area must have made up at least 80% of the user’s searches.

Miami, Phoenix, Las Vegas, Sacramento and Tampa were among the most popular migration destinations of all major U.S. metros in Q4. Popularity by city is determined by net inflow, a measure of how many more Redfin house hunters sought to move into a metro rather than leave.

Cities with warm weather and affordable metro areas are typically the most popular places for people who are relocating. Sunbelt metros like Phoenix and Las Vegas are usually remain near the top of the list, and this is the second quarter in a row that Miami has taken the number-one spot.

Major metropolitan job centers tend to top the list of places consumers are looking to leave, as remote work becomes more solidified and preferred for many workers.

Homebuyers tend to move from expensive areas to more affordable places. New York, where the median sale price is around $640,000, was the number one origin for people moving to Miami, as median sale prices average around $440,000. Los Angeles sale prices remain near $835,000, and is shown as the top origin for people moving to both Phoenix for home prices around $435,000, and Las Vegas, where the median is approximately $339,000.

Research found Americans are leaving large, expensive cities like: San Francisco, Los Angeles, New York, Washington, D.C. and Seattle. These are the top metros homebuyers looked to leave in Q4, according to net outflow and a measure of how many more Americans looked to leave a metro area than move in.