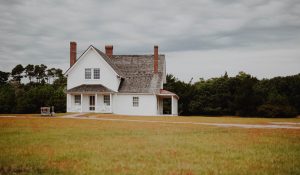 Due largely to forbearance programs, home is remaining sweet home, at least for the time being.

There was a slight uptick—from 5.37% of servicers' portfolio volume in the prior week to 5.38% as of January 17, 2021—in the total number of loans now in forbearance, according to MBA's estimate, 2.7 million homeowners are in forbearance plans.

The total number of loans now in forbearance increased slightly from 5.37% of servicers' portfolio volume in the prior week to 5.38% as of January 17, 2021. According to MBA's estimate, 2.7 million homeowners are in forbearance plans.

At +2.3%, Wyoming’s the lone state with a year-over-year jump, while California, at -9.3%, paced the five states with the largest year-over-year decrease in the RHPI. It was followed by Massachusetts and Louisiana, both of which were at -8.5%; and New York and Hawaii, -7.7% each.

Meanwhile, at +4.7%, Cleveland held the top hand among the Core Based Statistical Areas tracked by First American with the widest year-over-year humps in the RHPI. Rounding out the top five were Pittsburgh, +2.4%; Kansas City, +2.3%; Hartford, Conn, at +1.2%; and Memphis, +0.7%.

A total of 18.17% of total loans in forbearance are in the initial forbearance plan stage; 79.31% are in a forbearance extension. Forbearance re-entries stand at 2.52%. Total weekly forbearance requests as a percent of servicing portfolio volume (#) held at 0.07%, similar to the previous two weeks.

"The small increase in the share of loans in forbearance was led by a gain in the portfolio/PLS loan segment. The good news is that the forbearance numbers for GSE loans continues to decline more consistently, as these borrowers typically have stronger credit and more stable employment," said Mike Fratantoni, MBA's senior vice president and chief economist. "The rate of exits from forbearance slowed in the prior week, while the rate of new forbearance requests remained steady at a low level."

"The latest housing market data show strong momentum entering 2021, with both the pace of home sales and new construction booming,” he continued. “We expect that this strong market could benefit homeowners who need to sell their home, as record-low inventory is causing for-sale homes to go under contract quickly and is pushing up home prices."