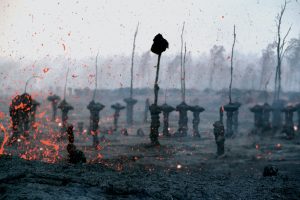 The failure to take climate change seriously is akin to playing Russian roulette with the housing economy, according to experts. Consequently, it’s incumbent upon the insurance and mortgage industries to tap new technologies to ratchet up efficiency, while reducing risk and ensuring the protection of American homeownership and commercial assets. That's the message from the CoreLogic 2020 Catastrophe Report.

The report analyzes last year’s natural catastrophes through a host of perspectives, including climate change, the pandemic, and the overall threat to American homeownership.

The location of the homes at the highest risk: California, Texas, Oklahoma, Kansas, Nebraska, along the Mississippi River, and large Gulf and Atlantic coastal stretches.

The study, published in the journal Proceedings of the National Academy of Sciences, estimated that nearly $75 billion of the $199 billion in flood damages that occurred between 1988 and 2017 was the result of dramatic changes to the global climate. The Stanford researchers used climate and socioeconomic data for their study to determine if the increase in flooding was being driven primarily by climate change or by other ground-level factors including population growth, housing development, and increasing property values.