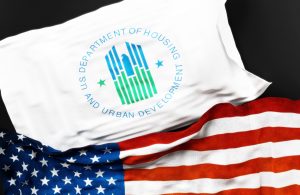 The following will serve three-year terms on the Committee:

“We welcome our newest members to the Housing Counseling Federal Advisory Committee and thank all members for their commitment to the nation’s individuals, families, and communities who rely on the nationwide housing counseling program to find and sustain safe and affordable homes,” said HUD Secretary Marcia L. Fudge. “For the first time in recent years, the Committee is at its full 12 members, as allowed under statute. The work of this Committee in advising HUD’s Housing Counseling program is not only critical to the nation’s recovery from the financial effects of COVID-19 but is a vital part of reshaping fairer and more equitable housing opportunities for communities of color.”

Serving as Consumer Representative, Del Rio (right), current President & CEO of the Homeownership Council of America in Virginia, has worked for the last 20 years in mission to service a range of housing needs spanning from homelessness to homeownership and has also taught professional housing counseling training courses while for a major HUD intermediary, while serving in leadership at several major southern California housing non-profits. He has served in or directly managed almost every aspect of consumer-focused housing and financial education, affordable mortgage and DPA delivery, as well as real estate sales and development.

Garcia (left), current VP/Senior CRA Lending Officer of First Horizon Bank in Texas will serve the Committee as Mortgage Representative. He brings more than 18 years of experience in mortgage banking, affordable housing, and community development to his role. He has developed and implemented numerous programs that provided affordable mortgage solutions to low-to-moderate income families and first-time homebuyers. He is an active member of the National Association of Hispanic Real Estate Professionals (NAHREP), and has had significant CRA responsibilities at several financial institutions.

Liou (right) will serve the Committee as Real Estate Representative. She is currently the Executive Director of the Asian Community Development Corporation (ACDC) in Boston, and has worked in the affordable housing and community development field since 2004. She previously served as ACDC's Director of Real Estate, where she oversaw the asset management of ACDC’s portfolio of 300-plus units, non-profits in providing safe and affordable housing and served as the project lead on over $95 million worth of projects. Liou is a board member of the Massachusetts Association of Community Development Corporations (MACDC), Citizens’ Housing and Planning Association (CHAPA), and National Coalition for Asian Pacific American Community Development (National CAPACD). She is fluent in Mandarin and brings valuable personal and professional perspectives in serving and working in local AAPI communities and other communities of color.

Housing Counseling Representative Verrillo (left) is Director of Business Development at Navicore Solutions in New Jersey. He brings the unique perspective of the millennial generation to his role. In his work with Navicore Solutions, he oversees their national disaster recovery initiative, develops partnerships with key external stakeholders, and oversees and develops new business opportunities. Verillo’s professional activities include serving as Co-Chair for the Coalition of National Housing Counseling Intermediaries, 2014-2017, during which he worked with HUD-approved non-profit housing counseling agencies to advocate for public policy and build programs to serve housing consumers.

These four new members will join the following Committee members who were appointed or re-appointed in September 2021 include: