Disasters and Defaults: A Retrospective 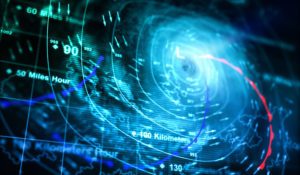 2019 was not the most devastating year in the decade, but it continued a trend of high losses from natural disasters, according to a year-end lookback from CoreLogic. According to data from the National Oceanic and Atmospheric Administration (NOAA), there have been at least 14 events with losses exceeding $1 billion in the United States alone. CoreLogic’s report analyzed the economic impact of these conditions, including the rise of defaults in the years following major storms.

According to CoreLogic, after 2017’s trio of hurricanes—Harvey, Irma, and Maria—serious delinquency rates on home mortgages tripled in the Houston and Cape Coral, Florida, metro areas and quadrupled in San Juan, Puerto Rico.

Likewise, after experiencing the effects of the Mount Kilauea eruption, serious delinquency rates on the Big Island of Hawaii rose 0.3 percentage points (10%) between June and September 2018 while falling by 0.1 percentage points (5%) in the rest of the state.

“Based on CoreLogic research, communities affected by wildfires, hurricanes, floods, tornadoes, earthquakes and other natural disasters in 2019 will likely experience an increase in mortgage delinquencies and shelter costs, and it can take more than 12 months for mortgage delinquency rates to normalize—and even longer for homes to be repaired or rebuilt,” the report said.

One storm, in particular, stands out in the last decade: Hurricane Harvey. According to CoreLogic, delinquency rates tripled in the Houston area following Harvey, but it served as an example of how a properly prepared economy can withstand such an impact.

Improvements to our current regulatory systems and safeguards, including the National Flood Insurance Program, will be key in the new decade.

“The cumulative effect of high-loss events like Hurricane Harvey and those of the 2010s penetrate deeply into our connected world of finance–personal equity, insurance, and our mortgage finance economies. Improving the data and analytics surrounding natural catastrophes helps us all by making our society more resilient,” CoreLogic said.