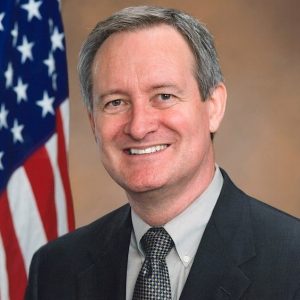 The outline, according to a statement by Crapo, incorporates elements of the various "plans and principles for housing finance reform that have been previously discussed by legislators, analysts, stakeholders, and thought leaders." It highlights five points that would help create a more sustainable housing finance system, which includes:

“We must expeditiously fix our flawed housing finance system,” Crapo said. “My priorities are to establish stronger levels of taxpayer protection, preserve the 30-year fixed rate mortgage, increase competition among mortgage guarantors, and promote access to affordable housing. I invite my Senate and House colleagues, the Administration and all interested stakeholders to work together to enact this critically needed reform.”

Additionally, he said that this proposal would create a more sustainable housing finance system that would not only reduce the too-big-to-fail risk posed by the current duopoly of mortgage guarantors but would also significantly increase the role of private risk-bearing capital while preserving the existing infrastructure in the housing finance system that works well. According to Crapo, this plan would also ensure the establishment of "several new protection between mortgage credit risk and taxpayers" as well as a "level playing field for originators of all sizes and types."

Supporting this outline, Michael Bright, President and CEO of the Structured Finance Industry Group and former Acting President at Ginnie Mae said that while the current structure of conservatorship had helped America transition from the crisis to economic growth, "A future state for housing finance should have clearly defined roles for who is taking on risk, private capital, or the government. It must also ensure that our housing market works for all Americans."

Eric Kaplan, Director of the Milken Institute of Housing Finance Program also applauded the outline saying, "Upon initial review, this outline has the potential to achieve many of the housing finance reform principles and objectives we support."

Additionally, Kaplan said that the outline was important in that it built up last year's active legislative debate and "reflects the importance of maintaining serious housing finance reform momentum."

This legislation outline comes close on the heels of the White House's announcement that it would announce a framework for "the development of a policy for comprehensive housing finance reform shortly," and that it had not yet made a decision on any housing finance reform plan. The announcement was made within weeks of FHFA Acting Director, Joseph Otting's remarks to staffers that the agency would be announcing plans to remove the GSEs from conservatorship soon.