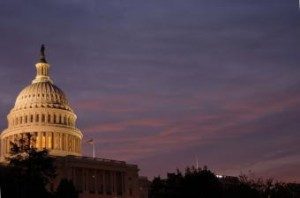 Third time may indeed be the charm for Sen. Deb Fischer (R-Nebraska).

As Democratic lawmakers and attorneys general from several states join together to defend the embattled Consumer Finance Protection Bureau and its director Richard Cordray, Fischer on Tuesday re-filed legislation to replace the Bureau’s single director structure with a five-member bipartisan board of directors.

According to a statement released on Fischer’s website, the Consumer Finance Protection Board Act would create a board on which would sit five members appointed by the president and confirmed by the Senate with the president appointing the chair.

“For years, the bad decisions made by a single director at the CFPB have kept families locked out of economic opportunity,” Fischer said on her website. “My bill would prevent this misconduct by divesting the authority from one director to a five-member bipartisan board. This much-needed structural adjustment would bring accountability to the bureau and give more Americans a chance to build their own businesses and provide for their families.”

Cosponsors of the bill include Senators John Barrasso (R-Wyoming.) and Ron Johnson (R-Wisconsin).

Fischer mentions the October 2016 ruling by the U.S. Court of Appeals for the D.C. Circuit ruling that said the structure of the CFPB unconstitutional, saying the board goes against the principles of separation of powers.

“Make no mistake: This consolidation of power is the crux of the matter,” Fischer said. “The court made this point clear, stating that the current director, Richard Cordray, ‘enjoys more unilateral authority than any other officer in any of the three branches of the U.S. Government, other than the president.’”

Fischer introduced similar versions of the bill in previous legislative sessions, once in 2016 and again in 2014. Both would have likely faced immediate veto by then-President Barack Obama, but could very well find success with President Donald Trump.

Trump has already indicated a willingness to weaken Dodd-Frank, the Act which authorized the creation of the CFPB.