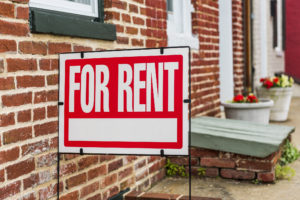 Both lease expirations and vacancy rates among single-family rental securitizations showed continued improvement in December 2017, according to the latest data from Morningstar Credit Ratings, LLC.

The retention rate for expiring leases dipped slightly, hitting 78.0 percent in November 2017 (which is the most recent data available, according to Morningstar). That’s down slightly from the revised October rate of 79.2 percent.

The average delinquency rate was flat month-over-month, holding fast at 0.9 percent for the third consecutive month.

The Houston, Texas, metropolitan statistical area (MSA) showcased the highest vacancy rate of the top 20 MSAs for the month, dropping from 9.4 percent in November to 8.8 percent in December. In spite of Houston topping the charts, vacancy rates in H-Town actually improved for two months straight, after six consecutive months of increasing vacancies.

The MSA with the second highest vacancy rate for December was Nashville, Tennessee, which declined from 8.0 percent in November to 7.5 percent in December.

The Morningstar monthly performance summary covers 24 single-borrower deals with over 88,000 properties. You can read the full report by clicking here [1].

For more insights into the state of the single-family rental market, be sure to register for the 2018 Single-Family Rental Summit, scheduled for March 19-21 at the Renaissance Nashville Hotel in Nashville, Tennessee. The event will feature top subject matter experts and skilled SFR practitioners leading discussion panels and training sessions that will answer questions and offer viable solutions related to property acquisition and management, financing, strategies for small, mid-cap, and large investors, and new developments related to technology and professional services. You can find out all the details by clicking here [2].