Home / Daily Dose / The Power of the Right People

The Power of the Right People 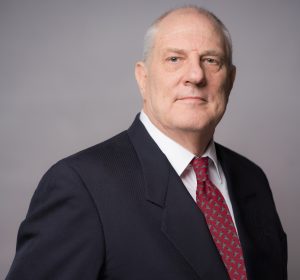 Editor's note: This story originally appeared in the February edition of DS News.

Scott Gesell is the new CEO of Gateway First Bank, Tulsa, Oklahoma. He has been an integral part of Gateway since 2013. During his time at Gateway, he played a leading role in the merger of a 100-year-old community bank with a 20-year-old mortgage company to become Gateway First Bank. Now, as CEO, Gesell is poised to lead the company through the COVID-19 pandemic that is affecting customers,
employees, and the industry in ways unforeseen. Under his leadership, he says, the Gateway team has shown commitment and resilience during the COVID-19 pandemic. While moving more than 1,400 employees from office to home, the company continues to see record-breaking volume.

Let’s talk about what modern banking solutions you and Gateway have developed, or started to use more often, since the onset of the COVID-19 pandemic.

Scott: One of the things that we had done about three years ago, we implemented the process of putting our prominent employees, rather than having towers at their desk, on laptop computers, and we also
invested some time and energy into [virtual] “Go to Meetings.” So, we had that capability before COVID-19 hit, which was a saving grace for us. We had to move, pretty quickly, 1,400 employees from offices to their homes, and we were able to achieve that without a significant amount of disruption.

We had to do some shoring up of other infrastructure problems—the firewalls and things like that. We had some additional hardware purchases that we had to do, but nothing that kept us from doing business. We also started working on how we communicated with our teams in the field from a technology perspective, because we couldn’t just walk down the hall and talk to somebody; we had to get in a situation where you can still communicate and do things, with our customers too.

DS: What are your biggest expectations for the industry and your company, in the next year and, specifically, biggest expected challenge biggest, greatest hope?

Scott: I think the biggest challenge that we’re going to have is understanding what the norm is out there for us in our operating environment. Gateway historically has been a very consumer-centric organization, a high-tech organization. Our reputation and our success are based on successful delivery of products and services to customers—and it’s this one set of circumstances to deliver those in person, and it’s another to have to deliver it electronically and online. And we must adapt to the challenge of the environment.

Now, this natural evolution was happening before COVID-19, but the pandemic accelerated it. Because, I hate to use the term “generational deal,” but I think the operating millennial generation is more inclined to do things online than in person, for convenience sake, and it’s just easier for them to do. So, it was a transition we had already sort of started but accelerated a lot so the biggest challenge is: How do we maintain our success, which is already based on that high, high engagement, high delivery-of-service in this new operating environment? Maybe it’s a little bit different and more challenging than before, but maybe the greatest opportunity is that there’s so much disruption that’s occurred in society that we can work this to our advantage. I always look at every challenge as creating an opportunity.

And if we can figure those opportunities, we have the opportunity to gain market share, grow our business, succeed, and be successful. It’s going to be that way, so if the glass is either half full or half empty, let’s make it half full and pour more in there.

And it’s not just our customers, it’s also team members. This has shown us if we have employees, that they’ve determined that they can work from home now many of them are going to want to continue to work from home. We’re going to have to cross those bridges as we go through this renormalization process.

DS: And what do you think is the most significant concern to the borrowers that you serve?

Scott: First of all, I think it starts with them personally. There’s just so much uncertainty out there right now in everybody’s life, like a job: Will I have a job tomorrow? Can we see the end of this? What’s the new normal going to look like? So, I think you have to deal with that in the context. It’s the same with our employees too. What is the new normal? How do we deal with people’s angst and concerns, focus, and attention are a lot different than they were six months ago? There’s also our customers—are they confident in the way we do business online? Do we have the systems in place that you get the same service virtually you get otherwise? Do we have data security for a totally remote environment? And if they got a real problem, are we going to be able to
solve it?

DS: What would you call your — personally or the company, Gateway Mortgage’s — proudest accomplishment of the past year?

Scott: We challenged ourselves; Our business has grown by a factor of about 30%. And we did that … it would have been challenging enough if everything was normal, all in the office … but we managed to deliver continual service levels to our customers out there, to close loans on time. We had to figure out how to redo all the processes and go with it. I see the greatest accomplishment as the way our team stepped up, grabbed the bull by the horns, just took it on and said, we’re going to be successful at this scale. So it’s rewarding when you get a team that just plays the game the way it should be played and adapts to the circumstances.

DS: You went through a big transition, even before, with the bank, so, during that time, what was the biggest shock or change? And did that help to prepare you for the changes that you’re facing now?

Scott: I don’t know that an organization could go through more change than we’ve been through in the last few years. The answer to the question, the quick one is, yes, it did prepare us. You know, I tell people the one constant at Gateway is change. I want to get it to a point where change is not the one constant. We will still continue to change, but adaptive change, in a positive way. Where we started, we were a company that was founded 20 years ago—our founder decided to run to become governor and was successful, but that took him out of day-today business decisions. He was the guy that was in here every day, running the business, and he stepped out. We had to get used to having a different management team. And then the conversion from a mortgage company to bank. There’s a reason that doesn’t happen. Banks acquire mortgage companies, but mortgage companies don’t acquire banks.

We’ve had to go through the conversion process, and we had to change CEOs, We still have some of that change to digest. But I did think, you know, you can get in the mindset that these are things that you can figure out if you want it, you know, but I tell people here that we have a challenge. We either bury our head in the sand, set our hair on fire and run around like the world’s coming to an end, or, we say today is what it is. Now what are we going to do with it? Stay calm, figure out what the next step in the process is, and keep advancing.

DS: Sounds like you’ve been an effective leader, yes?

Scott: It’s been one of those things — opportunity comes one of two ways: Either you go looking for it and find it, or it finds you. This was an opportunity that I think more found me than that I was looking for it! But one thing that you’ve got when you have good people you work with, is a few things: You got
people behind you that aren’t going to let you fail. And you’re not going to fail them. We’re all going to step up and do this. And so I’m blessed to be in a situation where that’s exactly what I’ve got here. We’re getting it figured out, as a team.

The overall number of new homeowners nationwide will increase by almost 7 million by 2040, but demographics will vary significantly, depending on the state.