Home / Daily Dose / Is the Economy Stuck in Neutral?

Is the Economy Stuck in Neutral? 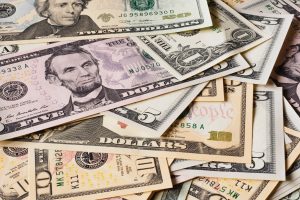 There’s a low demand for capital investment due to many factors, which has more or less neutralized the economy. In fact, the neutral rate of interest is at a historic low, and it doesn’t look like it will increase any time soon, that's according to First American Chief Economist Odeta Kushi.

Welcome to the lowest neutral rate of interest in years, a statement and status most might find confusing. But according to First American, this 60-year low may prove that the economy may be stuck in neutral for a while.

Since the financial crisis of 2009, the neutral rate of interest has been below the federal funds rate. And currently, this phenomenon isn’t exclusive to the United States. Other advanced economies like Canada and the United Kingdom are experiencing similar economic activity.

This may be due in part to the world old-age dependency ratio, which measures how much of the population has aged out of the workforce. These individuals reduce the output of the economy. With fewer workers to supply with capital investment, there’s less demand for new investment, and this pushes the neutral rate of interest down. In addition, if this aging population has money saved for retirement, they’ve increased the supply of savings, which also drives down the neutral rate of interest. In 2019, the U.S. old-age dependency ratio reached 25%.

The chart shows the Holston, Laubach and Williams estimate of the neutral rate of interest against the effective federal funds rate.

Productivity growth has also slowed. During the 1990s, real output per hour grew an average of 2.3% per year, but since 2009 it has dropped to 1.4% per year. This can also push down the neutral rate of interest by lowering demand for capital investments.

Global uncertainty also impacts the neutral rate of interest. With growing uncertainty comes the demand for safe harbor assets and long-term Treasury bonds, which most feel are safer and more secure.