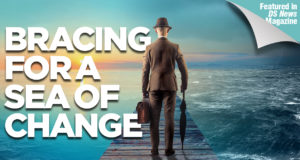 Editor's note: This story was originally featured in the February issue of DS News, out now [1].

Last year was momentous for the housing industry. The economy tracked well as home prices leapt to highs not seen since the Great Recession and existing home sales beat expectations with a sharp rise at the end.

Not all went smoothly for servicers, however, especially the largest and most well-known institutions. According to a January servicer handbook report by Fitch Ratings, servicing portfolios shrank for the Big Four—Bank of America, CitiMortgage, JPMorgan Chase, and Wells Fargo. The organization noted that Wells Fargo acquired billions of dollars in mortgage servicing rights from a competitor that could “ultimately lift [its] portfolio size,” but that assessment feels like an exception to the rule for what awaits the industry in 2018.

As Fitch Ratings analysts wrote in their handbook, “Basel III and ongoing regulatory scrutiny are leading big U.S. banks further away from servicing residential mortgage loans while nonbanks swoop in and beef up their portfolios.”

No man is an island—and neither is any company in the financial services business. Servicers are adopting new technology that helps them reach more borrowers more effectively, but they’re also running up against compliance costs and rapidly shifting political winds that will likely shape the marketplace in 2018 and for years to come.

We canvassed the industry and spoke with experts to learn who is bracing for waves, and who’s ready to surf.

An Uncertain Climate for Compliance

Ask most default servicing executives, and they’ll tell you the weather they’re concerned with is the cloud of uncertainty hanging over Washington and state houses this year. With a change in administration came a change in philosophy regarding many of the regulations that had guided servicers since the housing crisis. Moreover, with midterm elections looming, the road ahead is filled with even more possible curves.

Things certainly weren’t supposed to shake out this way. Just before the year-end, Republicans successfully passed their tax reform bill, one of the pillars of President Trump’s campaign. Earlier in the year, Rep. Jeb Hensarling (R-Texas)—one of many Republican congressmen retiring in advance of the 2018 midterms—shepherded the Financial Choice Act through the House in a bid to modify regulations put in place by the Dodd-Frank Act in 2010.

With Hensarling relinquishing the chairmanship of the House Financial Services Committee, news outlets suggest that Rep. Maxine Waters (D-California) could take the role, if Democrats gain control of the lower chamber. That would be a change in management with real possible consequences for the financial services industry. Just this past October, Waters introduced the Megabank Accountability and Consequences Act, which would empower federal regulators like the Federal Reserve and FDIC to break up banks with records of customer abuse.

“At the core of these regulations is the safety and soundness of your company,” Bailey said. “If you incorporate those rules into your workflow, then the customer will respond more favorably to you, and you’ll have fewer complaints.”

The Mortgage Bankers Association (MBA) reported in July that servicing costs for nonperforming loans declined year-over-year in 2016, with defaults averaging $2,113 per loan, down from $2,386. These costs stem from the specialized services rendered for delinquent mortgages, but they’re also subject to a bevy of rules that the Dodd-Frank Act ushered in with the Consumer Financial Protection Bureau (CFPB) back in 2010.

The year-over-year numbers belie an increase for the industry at large. According to a 2015 report authored by PricewaterhouseCoopers and the MBA, the cost to service nonperforming loans skyrocketed by 489 percent between 2008 and 2013. Performing loans increased by 264 percent in the same period.

“The amount of man-hours that goes into preparing for audits and then executing those audits, the back-and-forth, it’s absolutely enormous in terms of costs,” said Ray Brousseau, President of Carrington Mortgage Services.

“I think the pendulum has swung too far,” he added.

Policymakers around the country are reportedly pushing through new state laws requiring disclosure in the housing industry due to storms that rocked the nation in the last year.

“I don’t think anyone can deny the frequency of these storms,” Bailey stated. “Whether lender or servicer, you have to embrace the facts of the losses, because it works its way back into pricing for loan products.”

Regulators would seem to agree, and they’re not waiting to take action.

The New York Times reported in 2017 that California, Pennsylvania, and Washington are passing laws that require banks and agents to disclose a property’s past flooding and susceptibility to future disasters. In turn, these new laws may only further the uncertainty swirling around compliance ahead of the 2018 midterm elections.

The tax bill that President Trump signed into law in December is also adding to uncertainty about what lies ahead. As Freddie Mac advised in a 2017 report, “Changes in tax policy could have potentially large effects on the economy.”

The National Association of Home Builders released a statement in which its chairman, Granger MacDonald, blasted the legislation for “eviscerate[ing] the mortgage interest deduction and strip[ping] the tax code of [a] . . . vital homeownership tax benefit.”

In his statement, MacDonald added that the tax bill, now law, would ultimately “harm home values, act as a tax on existing homeowners[,] and force many younger, aspiring home buyers out of the market.”

The Washington Post reported in December that many housing economists and analysts now believe housing prices will slow down as a result of the new tax law, a real damper since they’ve consistently increased for the last five years.

However, while the tax bill alters some popular items such as the standard deduction, some experts see this as addressing a longstanding problem within the housing market.

Edward Glaeser, an economist at Harvard, told the New York Times in December that the changes to the standard deduction suggest “ … a limit in the federal government’s willingness to subsidize ownership. It’s also a reflection of just how expensive housing has become, and how it feels problematic to be using the tax code to support people buying houses that are this expensive or, even worse, to be encouraging housing prices to rise even further.”

“Too much and frequent changes in regulations becomes hard for us as a company and industry,” said Gagan Sharma, President and CEO of Texas-based BSI Financial Services. “We would like more stability in terms of a set of transparent rules and guidelines that we can follow. It’d help with the compliance issue.”

Karan Kaul, a Research Associate with the nonpartisan Urban Institute, felt that policymakers could do more good for everyone in the housing sector with a little goodwill and honest bipartisanship from both major political parties. “If there were a better balance struck between consumer financial safety and soundness, you could reduce some of these regulatory burdens for servicers and at the same time improve outcomes for consumers,” Kaul said.

Solutions in the Cloud

According to Fitch Ratings, servicers like Flagstar, HomeStreet Bank, First Republic Bank, and PNC Mortgage Services all grew solidly during last year’s final quarter. As the bigger banks withdrew over regulatory concerns, the agency shared in its January servicer handbook that regional and midsized servicing institutions like these swept in to sop up the extra market share. Fourteen of the 17 servicers that merited Fitch’s attention came from the nonbank sector.

And sophisticated new technology may be behind all the wind in their sails.

Bailey touted PennyMac’s audit ratio with the CFPB as one of the lowest in the industry. He credited in-house software with their success rate.

“Changes in compliance is the enemy of automation,” he said, “but a thoughtfully designed software program can reduce the chance for error in compliance.”

Bailey acknowledged the increasing importance of apps and cloud-based solutions. Big data can help servicers reach their borrowers and consumers more often, he said, allowing decisionmakers to create reliable profiles about their behavior and habits that can guide strategy.

The move to big data, artificial intelligence, and other technologies reflects a sea change that’s occurring across the U.S. economy and, indeed, the world. Forrester Research released a report in November 2017 with the startling assessment that 70 percent of enterprises plan to implement artificial intelligence over the next year. That’s an increase from 51 percent in 2017 and 40 percent in 2016.

If digitization and big data are waves, they’re washing over the housing industry, too—at least in part because lenders and servicers see technology as a helpful life preserver on the sea of compliance uncertainty.

In 2016, Fannie Mae conducted a survey that found that nearly four in five lenders and servicers think the mortgage industry is increasingly embracing tech in their workflow and operations. Respondents wanted more automation in the approval process, state laws that accept apps that provide e-signatures, and standardized platforms that would ease the burdens for in-house compliance staff.

Dave Worrall, President of LoanCare, spoke favorably of automation, which he said supports the crucial but onerous task of documentation management.

“The technology has matured to the point where you can use artificial intelligence tools for document recognition and do some exciting things to manage data and electronic document records,” Worrall said. “These were things that couldn’t be done three years ago.”

It’s easy to see why servicers want to surf this wave in 2018 and the years to come. Regulatory audits drudge up paper trails with time stamps and correspondence records. An automated process minimizes human error and reduces opportunities for dual tracking for homeowners who fear foreclosure.

Brousseau praised his industry’s shift to automation. He said that Carrington built in-house proprietary technology to address everything from bankruptcy to claims processing to mitigation plans. The company also uses software platforms such as Fiserv, LoanSphere, and Compliance 360.

“There are too many changes in the regulatory environment, so you can’t [comply] manually,” he said. “You have to automate your technology to make it bulletproof.”

Bailey said that he’s looking into artificial intelligence for PennyMac. Servicers new to technology need to see the big picture in their design strategy, he explained, with a focus on flexibility, data integration, and scalability for their businesses.

“You want to make sure you’re building an application that by design will evolve in the future,” Bailey said. “Flexibility is key. You don’t want to build [software] so that it’s in a rigid box. You want to structure your databases so that you can deploy the best strategies.”

“You don’t want to be enslaved to one vendor or database platform,” he added.

No matter what plays out on Capitol Hill this year, our sources held that servicers could take shelter from regulatory uncertainties in innovative new technology. That rush to digitization will continue to transform the default-servicing industry in 2018.

“It’s been a long time since servicers thought about profitability as a primary objective in how they invest in technology,” Worrall added, “and I think we’ll get back there in 2018.”