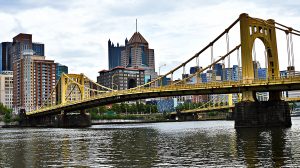 Affordability can be the biggest stumbling block for homebuyers looking to purchase their first property, especially in some of the biggest cities in the country. However, according to a recent study by LendingTree, cities such as Pittsburgh, Cleveland, and Oklahoma City are the easiest places to buy a first-home that's also affordable.

While the top three cities—Pittsburgh, Cleveland, and Oklahoma City—had a consistently high rank across all the six metrics, the study found that Oklahoma City, Cleveland, and Memphis had the lowest down payments averaging $32,000. Salt Lake City, Oklahoma City, and San Antonio ranked among the best cities for affordable homes based on the lowest down payment percentage that averaged at 14 percent—two points lower than the median across all the 50 metros that were surveyed for this study.

The study also revealed that almost 40 percent of buyers in Birmingham, Detroit, and Columbus used FHA financing to secure a mortgage - the highest among the cities that were ranked. These cities also had the largest portion of buyers with credit scores below 680.

However, when it came to the largest share of homes that are affordable to median income families, Indianapolis, Cincinnati, and Cleveland scored top marks in the study.

Cincinnati was also ranked fourth in the rankings for the 10 best cities for first-time buyers, followed by Birmingham, Indianapolis, Columbus, Louisville, Detroit, and Kansas City.

At the other end of the spectrum, the worst cities in terms of affordability for first-time buyers was led by Los Angeles, followed by Denver, San Francisco, San Jose, Portland, San Diego, Miami, Seattle, New York, and Austin.