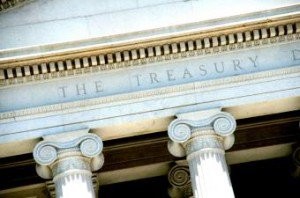 Federal Reserve officials have indicated over the past few months they intend to reduce their $1.75 trillion mortgage-backed securities (MBS) holding this year, though some experts are worried about the possible effect that reduction may have on the housing market.

The Fed is now the biggest buyer of U.S. government-backed mortgage debt, owning a third of the market, according to a Bloomberg report.

“While the Fed also owns Treasuries as part of its $4.45 trillion of assets, its MBS holdings have long been a contentious issue, with some lawmakers criticizing the investments as beyond what’s needed to achieve the central bank’s mandate,” the report said. “Yet because the Fed is now the biggest source of demand for U.S. government-backed mortgage debt and owns a third of the market, any move is likely to boost costs for home buyers.”

The Fed bought $387 billion worth of mortgage bonds last year alone in order to maintain its holdings.

The move is not unexpected, as several analysts have predicted the Fed to take measures to shrink its balance sheet over the next few years.

Analysts with Morgan Stanley said on January 27 they expect the U.S. Federal Reserve to stop reinvestments of its MBS holdings, in an effort to total holdings increased by bond purchases made to battle the Great Recession.

The analysts based their predictions on the Fed’s projected 3 percent longer-run equilibrium interest rate, together with their own prediction of two rate hikes in 2017 and three in 2018.

"Applying this informal guidance to our expectation for the rates path leads us to believe the Fed will halt its reinvestments of MBS in April 2018," the analysts said.

The Fed's Treasuries and MBS holdings are about $2.46 trillion and $1.76 trillion, respectively. The Fed's balance sheet size is equivalent to about 22 percent of gross domestic product, according to the report.

"Ending Treasury reinvestments is not necessary for a gradual normalization of the balance sheet; the economy should grow into the Fed's Treasury portfolio within about a decade," they said.

Morgan Stanley went on to estimate that a $325 billion reduction in the Fed’s MBS holdings from April 2018 through end of 2019 may have the same impact as nearly two additional rate increases, raising costs for home buyers even further.