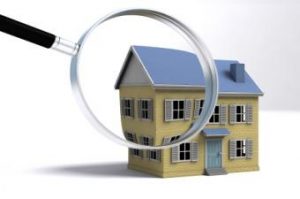 The Urban Institute released a report Thursday calling for an update to the mortgage servicing industry to make it easier for creditworthy borrowers to get a mortgage.

The report, written by Institute experts Alanna McCargo and Laurie Goodman, said mortgage services have historically been a “behind-the-scenes” component of the housing and mortgage industries, until the 2008 financial crisis.

“After the 2008 housing crisis, servicers were thrust into the spotlight as an unprecedented number of borrowers started having trouble paying their mortgages and entered foreclosure,” McCargo and Goodman said. “In response to the crisis, Federal agencies created new regulations designed to help servicers quickly resolve and minimize homeowner losses. While many of these measures were helpful during the crisis, stabilizing mounting losses and establishing needed standards, they remain on the books today, even while delinquency and foreclosure rates have stabilized from crisis levels.

They said despite the drastically changed regulatory scheme, much of the servicing side remains unchanged, including the way services are compensated.

“In recent years, we have witnessed the rapid growth of nonbank servicers, which manage more than half the nation’s mortgage loans and have introduced new regulatory, risk, and capital questions that have not been fully addressed,” they said. “New servicing business models have also emerged, with subservicing and specialized servicers entering the market and many traditional servicers exiting the market.”

Several high-profile companies have exited the servicing industry since the 2008 crisis. Most recently, Citimortgage agreed to a deal with New Residential Investment and Nationstar Mortgage to transfer their servicing rights to 780,000 mortgages, marking their exit from the servicing sphere.

“The financial crisis revealed the housing finance system’s vulnerability, as well as the centrality and general underappreciation of the role of mortgage servicers, who manage over $10.2 trillion in single-family mortgage servicing outstanding nationally,” they said. “The viability, liquidity, and stability of servicing over the long term are critical and must be part of the conversation about how we comprehensively reform our housing finance system.”

Cam Melchiorre, President and CEO of HOPE Loan Port, said that the industry needs to develop more programs to assist customers in getting back into the market.

"The purchase market is still constrained because of the regulatory drag, tightened eligibility guidelines and lack of inventory. The mortgage finance industry needs to redouble its efforts in a collaborative way to assist consumers who seek homeownership," he said. "Additionally, many prospective homeowners emerged from the financial crisis with credit blemishes, especially those with modifications, short-sales, deeds-in-lieu and foreclosures.  The industry should also have more programs to remediate those consumers and facilitate their return to the market."