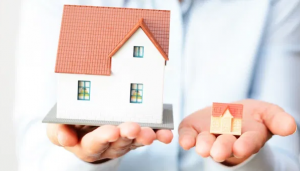 Black Knight Inc., has released the latest iteration of it Mortgage Monitor Report for December 2021 which looks at record growth in tappable equity and the current for-sale inventory crisis and its effects on the wider market.

According to Black Knight Data & Analytics President Ben Graboske, tappable equity—or the amount available for mortgage holders to access while retaining at least 20% equity in their homes—increased by a record 35%, or $2.6 trillion. The market now has $10 trillion in tappable equity; the $2.6 trillion gained in 2021 was more than double the $1.1 trillion growth seen in 2020. This growth has given the average homeowner a $48,000 annual bump for a total of $185,000 in available equity by the end of the year.

Rising equity for homeowners also broke another record: the total market combined loan-to-value ratio fell below 45% for the first time on record. At the end of 2020, this number was at 50%.

“Home price appreciation over the course of 2021 was unlike anything that’s come before, and the incredible growth we’ve seen in homeowner equity is testament to that fact,” said Graboske. “The aggregate total of $9.9 trillion represents an astounding 35% annual growth rate—which works out to an increase of $2.6 trillion in tappable equity in a single year. That’s $185,000 available to the average mortgage holder before hitting a maximum combined loan-to-value ratio of 80%.”

“In fact, it’s driven total market leverage down below 45% for the first time on record. And while we saw the rate of home price growth begin to slow beginning in July 2021, that trend has since reversed—as has the modicum of improvement we’d started to see in inventory levels—making even further gains likely, at least in the near term” Graboske continued. “Both the Black Knight HPI and our Collateral Analytics daily tracking data showed home price growth reaccelerating as the year came to a close. In fact, at a time of the year that typically sees little to no price movement—home prices increased by 0.84% last month, marking the largest December price growth on record.”

“That same daily data suggests the trend continued in January—even as interest rates began to spike. The interplay between prices and rates has significantly impacted affordability and borrower buying power in recent weeks. It now takes 25.8% of the median household income to purchase the average-priced home with 20% down and a 30-year mortgage, up from the 22.4% required at the end of Q3 2021.”

“Interest rate jumps in recent weeks have pushed us—and quite quickly—above the long-term, pre-Great Recession average payment-to-income ratio of 25%, straight to the worst affordability levels since 2008. In response, our Optimal Blue rate lock data shows homebuyers are increasingly choosing to pay more in points to buy down the rates on their mortgages to partially offset the effect of recent rate increases, further increasing the burden on today’s homebuyers.”

The Mortgage Monitor also covered the current inventory shortage the market is experiencing.

The report found that inventory has now been in deficit for 30 consecutive months now. While the situation did improve over the summer, the tides turned quickly and the situation began to worsen once again in September.

Rising rates are also cutting the number of “high-quality” refinance candidates in the market. At the beginning of 2021, there were approximately 11 million refi candidates, but that number dwindled to 6 million by the end of 2021. While this number is a drop in the bucket compared to the 19 million candidates in 2020, it still surpasses the 10-year average of available refi candidates.

Due to rising rates, Black Knight expects refi volume to fall by around 60% over the course of the year and will be replaced with a stronger mix towards purchase lending (55-60%) and cash-out activity.