Home / Daily Dose / Foreclosures 2021: What to Expect in the Months Ahead

Foreclosures 2021: What to Expect in the Months Ahead 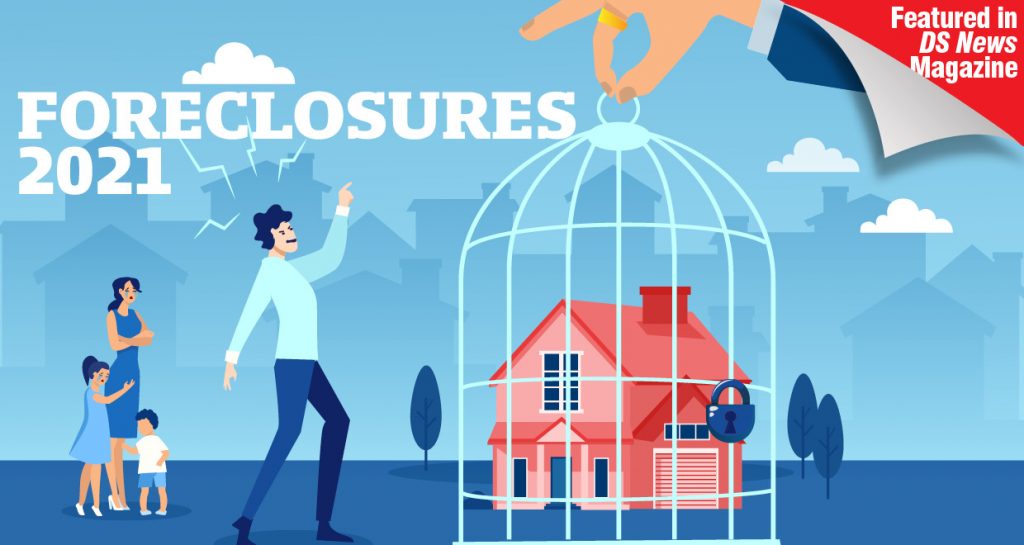 Editor's note: This piece originally appeared in the February 2021 edition of DS News.

The million-dollar questions that everyone in the industry is asking right now are: “What are foreclosures going to look like once the foreclosure moratoria and forbearance programs come to end?  And will we see all those borrowers in forbearance end up in default?”

The short answer is “there probably won’t be a foreclosure tsunami.” But mortgage servicers and other default servicing professionals should prepare themselves nonetheless. Some industry analysts have predicted a huge wave of foreclosures once the forbearance program comes to an end. Popular opinion at the start of the pandemic was if there were 4 million people in forbearance, we’d ultimately have 4 million people in foreclosure. But the way the program has worked so far suggests that’s simply not the case. The Federal Reserve Bank of St. Louis estimated that 500,000 borrowers avoided foreclosure during the fourth quarter of 2020 due to coordinated relief efforts, which makes the CARES Act forbearance program is one of the best examples we’ve ever seen of the government and the industry working hand-in-hand to accomplish such a positive outcome.

The program has done exactly what it was supposed to do: allowed millions of people to get through the pandemic and recession without losing their homes while giving them time to get back on their feet financially once COVID-19 is under control. But there are still millions of borrowers in the forbearance program. What will happen to them as they exit, and how will the industry handle the high volume of borrower requests for repayment plans?

Forbearance and Foreclosures in 2020

As of the end of 2020, about five and a half percent of active mortgages—about 2.7 million loans—were in the forbearance program, down from over 8% at its peak in March. That represents a large number of borrowers for servicers to deal with as they exit the program, but it doesn’t necessarily mean that an equally large number of foreclosures will follow.

The data, in fact, suggest just the opposite: as people have exited forbearance, they’ve done so successfully. According to Mortgage Bankers Association research, from July 2020 when borrowers began exiting the program through the end of the year, about 87% of them did so with a repayment plan in place, their loans reinstated, their missing payments deferred to the end of the loan, paid off the loan, or had a loan modification in place—all positive outcomes.

The remaining 13% of homeowners who left the program without a repayment plan of some sort in place are the ones who are probably most at risk of going into default. If these numbers remain consistent, about 325,000 people will exit the forbearance program over the next six to nine months without a plan in place. Some—but probably not all—of those loans will likely default.

Prior to the pandemic, foreclosure activity was running at about half of its normal rate. In a normal year, about 1% of loans are in some stage of foreclosure. In early 2020, it was between 0.5% and 0.6%, so loan quality was very high and loan performance was twice as good as normal. There were about a quarter-million loans in foreclosure when the pandemic hit. Presumably, most of them have been protected by the moratoria but all of those will eventually be coming back into the pipeline pretty rapidly once the moratoria are lifted.

That said, suggesting that there won’t be a significant increase in default activity in 2021 would be silly. It’s almost impossible to see a scenario where 40 million Americans lose their jobs and foreclosure rates don’t increase. As we move through 2021, there are a number of things that could inflate the number of defaults.

Unemployment: Before the pandemic, unemployment rates were at 3.5%, the lowest they’d been in 50 years. At the end of 2020, unemployment rates had come down from nearly 15% during the first wave of the pandemic to about 6.8%, roughly twice the pre-pandemic rate. Assuming that unemployment stays around that level, it wouldn’t be unreasonable to suggest that foreclosure activity might also double, under normal circumstances. That would take the foreclosure rate from 0.5% back up to its normal level of about 1% of all mortgages.

But the majority of jobs lost during the COVID-19 recession were concentrated in a handful of industries —travel, tourism, hospitality, retail, restaurants—and those industries tend to have young, hourly wage employees with relatively low homeownership rates. So the impact of job losses to-date has been much more severe among renters than homeowners, which could keep foreclosures from spiking.

Given the nature of the job losses, there could be markets more susceptible to defaults than others—markets heavily dependent on some of the hardest-hit industries. Markets like Las Vegas or Orlando, which are both almost entirely built on travel, tourism, and entertainment, are probably going to be the hardest hit.

Commercial Defaults: The nature of this recession, with certain industry segments being decimated, also means that we’ll probably see more distressed inventory in the commercial sector than we see in a more typical recessionary cycle. The retail and hospitality segments, in particular, will suffer in the short term.

Retail was already struggling before the pandemic, and the shelter-in-place orders and government-mandated business closings have already taken a toll on the industry. The plight of suburban malls has been well chronicled over the past few years, and the recession has accelerated their demise in many markets, but thousands of smaller retail facilities and restaurants have gone out of business in the last year, creating many more distressed properties in the process.

In the hotel segment, a surprisingly large number of smaller, limited-service hotels are owned by small-to-mid-sized investors, who may not have the financial strength to survive an extended downturn. Occupancy rates in 2020 lagged behind 2019 by 40% and showed no signs of near-term improvement. Even a number of large hotels, like the historic Roosevelt Hotel in New York City, have shut their doors, and may find themselves in the foreclosure rolls in 2021.

The Rental Market: There’s also likely to be some short-term disruption in the apartment or multifamily sector due to the recession and the eviction bans put in place by the federal, state, and local governments. There are a lot of building owners in those sectors who are highly leveraged and who are unable to collect rent right now since their tenants are out of work—a toxic combination, which will probably lead to some distressed rental properties hitting the market.

The single-family rental (SFR) market so far hasn’t suffered much from missed rent payments, but that could change if the recession continues or worsens. Over 90% of SFR properties are owned by mom-and-pop investors without the deep financial pockets of institutional investors. An uptick in job losses among their higher-income renters, or the expiration of government stimulus and enhanced unemployment benefits could result in more defaults among these rental property owners.

Why Defaults May Not Lead to Foreclosures

When borrowers default on a loan, it’s not unusual for the default to be resolved before the foreclosure. Loans are re-instated or refinanced, or the property is sold and the debt retired before the foreclosure auction. For financially distressed homeowners today, market dynamics provide a much better environment than what we saw during the last recession.

A primary difference this time is that homeowner equity is at an all-time high: over $6.5 trillion. According to RealtyTrac’s parent company ATTOM Data, about 70% of homeowners have more than 20% equity. Other published research has indicated that more than 90% of borrowers in forbearance have more than 10% equity in their properties. Homeowners with ample equity in a housing market characterized by historically low inventory of homes for sale, historically low mortgage rates and strong demand should be able to sell their properties—perhaps at a modest discount—in order to avoid a foreclosure. So even as we see the number of defaults increase as the forbearance program ends and foreclosure moratoria eventually expire, the record level of homeowner equity means that the overwhelming majority of distressed assets are likely to be sold well before the foreclosure auction.

Those same market dynamics also favor mortgage servicers and noteholders who find that foreclosure is the only option for some of their borrowers. Investors are eager to purchase properties at foreclosure auctions or as REO assets on the open market, and use sites like RealtyTrac to find, analyze, and target properties they plan to fix-and-flip or buy-and-rent. Competition between traditional homebuyers, individual investors, and institutional investors should drive up sales prices and shorten hold times, which helps servicers minimize losses for their clients.

The biggest challenge for default servicing professionals is going to be effectively managing the enormous volume of borrower contacts—and the subsequent loss mitigation processes associated with millions of delinquent loans—once the government moratoria and forbearance programs expire. Staying compliant with frequently changing state and local foreclosure regulations will add a layer of complexity as well.

The bottom line is that although the number of foreclosures is unlikely to approach the levels seen in the Great Recession, there’s a huge wave of default activity coming that will wipe out servicers who don’t plan ahead and make sure they have the people, processes, and technical resources ready to meet the challenge.

A 20-year veteran of the real estate and mortgage industries, Rick Sharga is the EVP of Marketing at RealtyTrac, the country’s leading provider of foreclosure information for investors, consumers, and Real Estate Professionals. Prior to his role with RealtyTrac. Sharga founded CJ Patrick Company, a consulting firm that helps real estate, financial services, and technology companies develop a position of competitive advantage and use it to drive business strategy, marketing, and sales. Sharga also has experience as CMO at Ten-X and Auction.com and EVP at Carrington Mortgage Holdings.