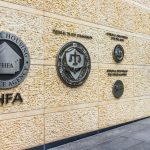 The Federal Housing Finance Agency (FHFA) today announced that Clinton Jones started as the Agency’s new General Counsel. He will be the second person to serve in the role since the agency's inception. Jones succeeds Alfred Pollard, who is retiring from the Agency at the end of March after a distinguished financial services career.

“Alfred has served admirably as General Counsel to every FHFA Director. I am grateful for his wise counsel, hard work, and dedication to the Agency,” said Director Mark Calabria. “Clinton’s long-standing career in public service, in-depth legal expertise in housing policy, and executive leadership skills will help bolster FHFA’s work as a world-class prudential regulator.”

​Since 2019, Jones has served as a Senior Advisor at FHFA. Prior to joining the Agency, he served for 24 years in various senior legal roles at the U.S. House of Representatives Committee on Financial Services, including General Counsel, Parliamentarian, and, most recently, Senior Counsel for the Housing and Insurance Subcommittee. He also was a VP at Fannie Mae and an Attorney Advisor for the U.S. Department of Housing and Urban Development. (More ...) 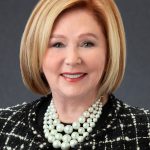 Linda Orlans, Orlans PC, Executive Chair, has accepted an invitation to join Harvard University’s 2021 Advanced Leadership Initiative (ALI). She will have the privilege of working on society’s most pressing challenges with some of the most passionate and talented people in the world.

As a Fellow, Linda plans on turning what she has learned over her lifetime into meaningful change for others. She is passionate about making civil justice more accessible and affordable for all people. It is estimated that 80% of people who go to court do so without a lawyer. Better known as a Justice Gap, Linda looks forward to joining the thought leaders at Harvard and her other ALI cohorts to make the legal system better for all people.

A champion of Detroit, Linda has served in leadership roles with the Detroit Institute of Arts, Michigan Opera Theatre, Junior Achievement, The Heat and Warmth Fund, and Beyond Basics. She is a trustee, past board chair, and alumna of the year at Michigan State College of Law, trustee for Michigan’s State Building Authority, and a member of the Michigan Supreme Court’s Attorney Discipline Board. (More ...) 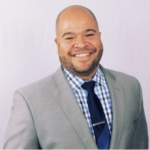 Rodriguez is a seasoned, bi-lingual litigator who brings his experience and superior skills in negotiations, mediation, and trial practice to the firm. S&E described Rodriguez as enthusiastic about client interactions, oral advocacy, motions, and discovery. Rodriguez started his law career at the Queens County District Attorney’s Office, where he tried multiple cases to verdict and negotiated hundreds of plea deals with members of the defense bar in New York. Rodriguez continued to develop his passion for all aspects of litigation representing companies and individuals. (More ...)

2021-02-08
Christina Hughes Babb
Previous: 1.2 Million Mortgagers Fear Losing Their Homes
Next: Foreclosures 2021: What to Expect in the Months Ahead