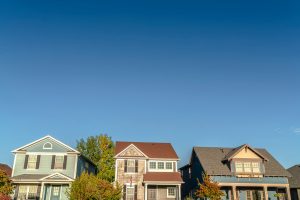 Homes in the 50 largest U.S. metros spent less time on the market than the national rate, at an average of 52 days in January. Southern metros posted the biggest yearly declines in time on the market, down 10 days across the region. Compared to January's nationwide pace, homes sold even more quickly in these metros, with listings being snatched off the market in 36 days or less in Nashville, San Diego, San Jose, California, Denver, and Raleigh, N.C.

"We're forecasting a whirlwind year ahead for buyers and if January housing trends are any indication, 2022 competition is already heating up,” said Realtor.com Chief Economist Danielle Hale. “Homes sold at a record-fast January pace, suggesting that buyers are more active than usual for this time of year. Factors like Omicron uncertainties could be causing sellers to hesitate even when they know housing conditions are favorable.” 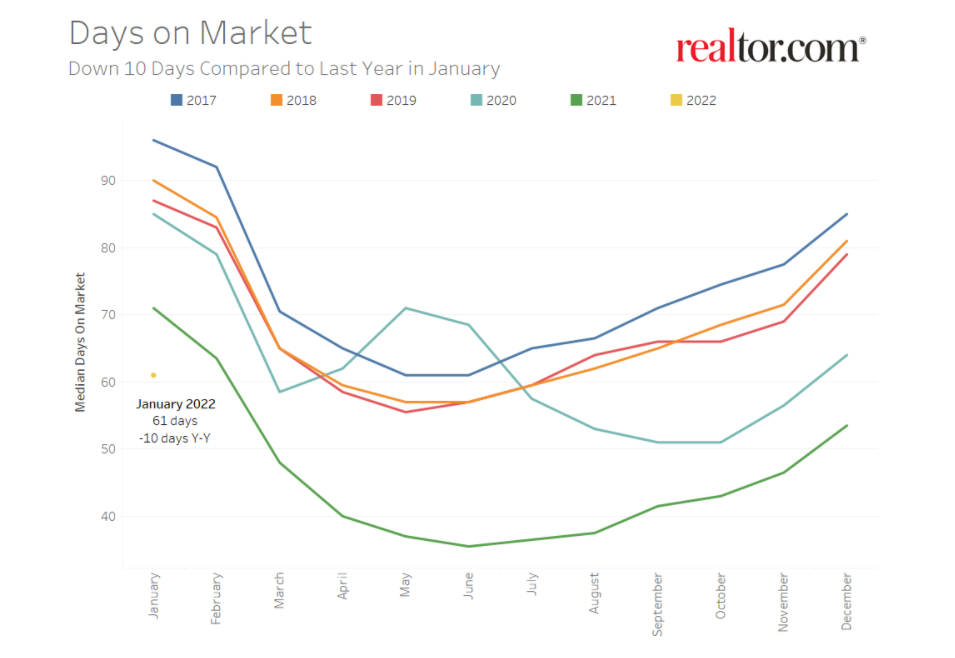 Listing prices also grew at a double-digit pace annually in southern and western regions. The top 5 list of markets with the biggest annual home price increases are:

Limited inventory may pose challenges for prospective sellers and those looking to buy, as buyer activity is accelerating earlier in 2022 than in prior years. The yearly decline in inventory grew for the fourth consecutive month as new listings continued to fall short of prior years' levels. January's new listing declines could indicate that some prospective sellers are delaying their original plans to list earlier in the year, as 65% of those surveyed in the fall expected to list by March 2022. Some potential factors behind seller hesitation may stem from limited housing supply, uncertainties surrounding Omicron, and the decade-long construction shortage.

Nationally, the inventory of active listings was down 28.4% year-over-year in January, worsening from last month's rate of -26.8%. Although there were fewer for-sale homes than in January 2020 in all 50 largest metros, more than half posted smaller inventory declines than the national rate.

New listings were down 9.1% nationwide, as numbers trailed behind prior year's levels for the second consecutive month in January. However, Realtor.com's Weekly Housing Trends show the annual rate of new listing declines improved steadily over the course of the month. For the second month in a row, the U.S. median listing price held at $375,000. 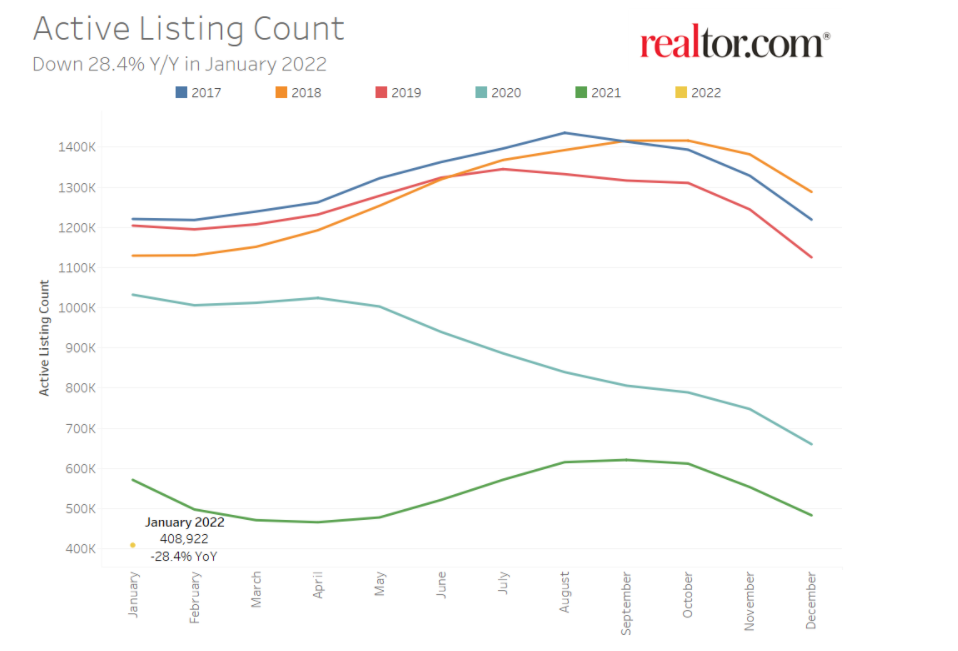 Relative to the national rate, home prices posted smaller yearly gains in the 50 largest U.S. metros, partially due to inventory gains in smaller-sized homes. Price growth was similar on a square foot basis, up 11.8% year-over-year in large metros, and 13.5% year-over-year nationwide.